Reopen we will, but not on Paulwell's deadline! Russian firm pushing to resume bauxite production at Alpart; Kirkvine uncertain 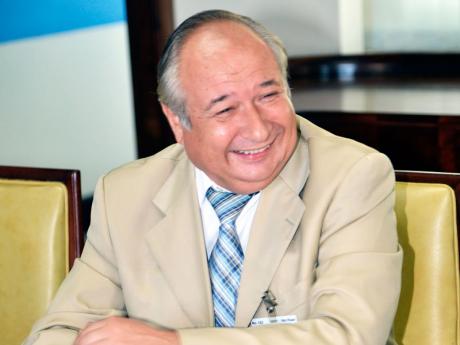 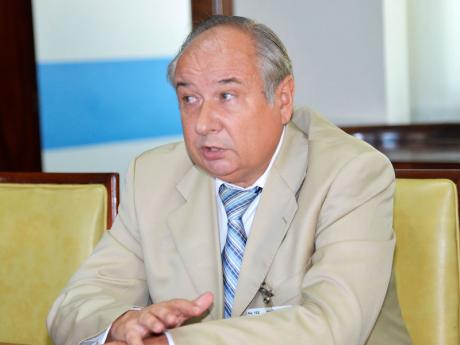 Even as aluminium giant UC Rusal faces pressure from the Government to restart operations at the Alpart and Kirkvine refineries by January 1, 2015 or lose its special mining leases, Igor Dorofeev, the company's head official in Jamaica, has described the decision to reopen the Ewarton bauxite plant as "a charity" to the people of Jamaica.

"It has not been a business; it has been a charity," Dorofeev told editors and senior reporters at a meeting at The Gleaner Company's North Street offices last Friday.

"It has been a charity to the Jamaican people … . US$21 million per year, that is what it is costing my company," Dorofeev said.

Rusal reopened its Ewarton operations in 2010, months after shutters had been pulled on that plant, along with those at Alpart and Kirkvine.

The Government has been pushing Rusal to reopen the Alpart and Kirkvine plants, which have been closed since 2009, but Dorofeev said while his company is prepared to reopen the plants - at least Alpart, "in the nearest future" - it will do so only after it has secured cheaper sources of energy.

Energy Minister Phillip Paulwell has said that if the Government did not relax the requirement for Rusal to pay the bauxite levy, the Ewarton plant, which employs 600 people, would have remained closed.

In June, Paulwell told Parliament that the Government had extended a one-year waiver on the payment of the levy, which had expired in October 2013. He said one condition of the concession is for Rusal to commence the construction of a coal-fired power plant.

The bauxite levy is US$7 per tonne, but Dorofeev said it is costing UC Rusal up to US$325 per tonne to produce alumina, while earning only US$290 per tonne for the commodity on the world market.

"Despite the fact that we have been losing money on the restart of Ewarton, we still kept it going because we felt it very important. We have not been sitting idle and waiting for the market to bounce back in order to restart Alpart and Kirkvine. We have been researching the best possible way how to modernise the Jamaican plants and make them effective and competitive," said Dorofeev.

Energy represents 60 per cent of the cost of producing alumina at Ewarton, and Dorofeev said a coal plant planned for the facility, which may be ready in three years, could see the production cost being reduced to US$275 per tonne.

Meanwhile, Dorofeev has said Kirkvine could have a brighter future in other areas than bauxite operations.

"The mines at Kirkvine are mostly yellow bauxite. Kirkvine cannot refine. We are looking at what to do with Kirkvine," Dorofeev said, while stating he cannot divulge everything being discussed in relation to the Manchester facility.

He said Rusal is in discussions with the Jamaica Bauxite Institute and the Government about what to do with Kirkvine, which he said is not viable as a refinery of traditional alumina.

"Why not make it an industrial park?" he said in response to a suggestion that Kirkvine be put to some other use other than for bauxite refining.

"The infrastructure is there, it has a railroad, it has all the roads, it has all the engineering facility, a generating plant and an airstrip," Dorofeev said, while adding that consideration is being given for it to be used for producing of chemical-grade alumina.