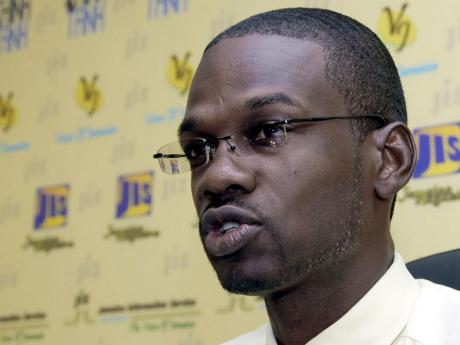 Persons employed to the government welfare scheme, the Programme of Advancement Through Health and Education (PATH), have colluded with others to scam millions of dollars intended for the most needy in the society.

The Sunday Gleaner has confirmed that the dishonest staff members, who have since been fired, collected cash to keep persons on the programme after their economic standards improved. The cheats also reportedly submitted fake death certificates and collected National Insurance Scheme (NIS) benefits.

"An audit was conducted, but it had nothing to do with NIS. It was a PATH audit, where it was identified that members of staff were collecting monies from beneficiaries to keep their children or relatives on the programme who should not have been there," said Denzil Thorpe, a director in the Ministry of Labour and Social Security.

"However, the individuals identified were not all from PATH. There were one or two NIS officers who were involved and they were all dismissed," added Thorpe as he responded to concerns that benefits were still being paid to a man four years after he had died.

Thorpe admitted that the ministry had made genuine errors in its administration of PATH, as he sought to explain the circumstances under which the scenario could have happened.

According to Thorpe, some of those assessed as needing PATH benefits were not yet in receipt of NIS benefits at the time of assessment.

"If you are receiving an NIS benefit, you are not entitled to a PATH benefit. And we have identified a mechanism through which cross-matching of the database is done. However, in cases where this has occurred, these are individuals who when we go back and check the form, they are individuals who, in applying, have said no, they don't get an NIS benefit.

"Then what might happen afterwards, because the NIS benefit is time based, so they have started to get a PATH benefit and then afterwards they begin to get an NIS benefit," explained Thorpe.

"Once we cross-match, we clean. And then, invariably, we stop the PATH because the NIS benefit is the greater sum. But some simple little things will slip though. Like the spelling of a name, for example," said Thorpe.

"We rely on people's honesty, but we have to put mechanisms in place to plug the loopholes where they exist, and the ministry is aware that there are challenges," added Thorpe.

However, long periods usually elapse between the initial assessment and the receipt of benefits, and in numerous instances, the status of some individuals change - for the better.

Beneficiaries are required to report to the PATH office any family changes that could impact receipt of benefits, including death of a family member; removal or migration of a family member; additions to the family by birth, adoption, marriage, or new living arrangements and change of school or health centre.

On the basis of the information submitted and the application of the electronic Beneficiary Identification System, families who meet the established criteria are selected. Information provided at the interview is later verified by a home visit, after which qualified applicants are registered to begin receiving payments.

PATH is a conditional cash transfer programme funded by the Government of Jamaica, the World Bank and the Inter-American Development Bank, which has contributed US$145 million over the past six years.

It is aimed at delivering benefits by way of cash grants and social assistance to the most needy and vulnerable in the society.