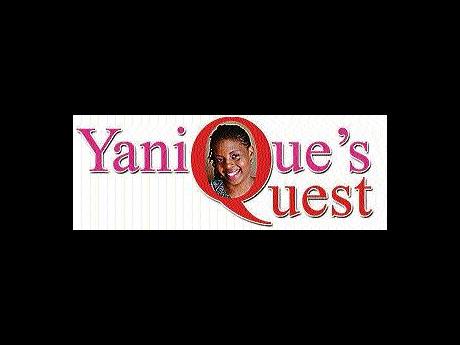 I fell in love with the father of my children at a very young age, so dating is really new to me. I always thought I had it figured out - you meet a guy, fall in love and live happily ever after. It was quite simple.

Putting it in perspective

After the disaster of my last two dates, I called on the help of a few female friends. They were dating and could give me a clear understanding of how to manoeuvre the dating world. It seems that the best way to meet a man is at a party, club, dance or to join some online dating site for Jamaican singles. Well, none of that was going to happen anytime soon. I have never been a party girl, and had no desire to become one at this stage of my life. I would go to Sumfest, Jazz & Blues, or go watch a live band. You won't ever catch me at a club or a 'party' listening to a DJ mixing music I could easily listen to at home. As to online dating, to each his own, and that was definitely not for me. I told them thanks but no thanks, I was going to do this my way.

One day on my way out of the supermarket, I ran into an old friend, Marlon. I had known him for years but I hadn't seen him in a while. We talked for about 10 minutes, but with my youngest in tow itching to go home, we parted ways and exchanged numbers. He called the following week and after catching up, he asked me about my life.

Never one to be shy, I told him all I had been up to professionally and personally. He told me he admired me and would love to spend some time with me. We agreed on a movie, and I was feeling positive this time around because I knew him.

The movie was great, and we went across the street to have a late dinner. As we sat down, the conversation immediately went to our respective children. His daughters were overseas and it wasn't always easy to visit them, but he tries. He told me how strong he thought I was for raising four children, especially three boys, on my own. It was getting late, so we decided to leave. That was when I realised that things had really changed.

When we got to the car, he asked, "Your place or mine?" I thought it was a joke. After all, what else could it be? Looking at him, I realised that he was serious.

I looked him straight in the eye, smiled and said, "I am going to my home and you to yours, sir."

He laughed and asked why I had gotten so serious. His exact words to me were, "You are acting like we aren't two consenting adults who had just spent the last four hours enjoying each other's company."

That did it for me. I took out my phone and called a friend who lived close by to come and get me.

When I came off the phone, he was driving away murmuring some rude words that I am sure were directed at me.

It wasn't until I was safely buckled in my girlfriend's car that I exhaled. I had many male friends, and I knew this wasn't the way the date was suppose to end, and I refused to let Marlon let me accept that it was.

Our first instalment of Yanique's Quest created quite a stir last week. Here are some of the responses.

A very bold step, Yanique, to come forward and share your experience. When it comes to relationships, a lot of communication and understanding is required. This will not only help other women in similar situations, but even younger women. And, of course, it will also give men a clearer understanding of what is expected. Good article ... . Looking forward to reading the happy ending, or beginning.

Interesting article thus far. As a male, I anticipate my gender will come in for some bashing. Will this be because of the writer's true experience, or is she just setting the stage for the inevitable introduction of a 'knight in shining armour'?

Either way, I anticipate the build up and will be salivating.

I am quite interested in seeing how this unfolds. From a male perspective, I am beginning to realise that we tend to 'shy' away from these situations as we are generally socialised to accept the 'calf' if you accept the 'cow'. But most men would rather not. Most of us are not too thrilled with the prospect of raising another man's child (can you imagine several, as in this case?). However, as a man who was raised by a stepfather (the only father I know), I daresay I find no problem with it. I will be looking forward to the next episode!

I thoroughly enjoyed this read. As a single parent, regardless of how many children you have, it's never easy to try love again. For one, men in Jamaica tend to be quite irresponsible when it comes to their own children, so it's not going to be easy to find one that will date someone who has [children]. I like how this writer isn't afraid to take the bull by the horn and I can't wait for her other stories. Good luck on your quest Ms Quest.

As the old adage suggests, the grass isn't always greener on the other side. Sometimes the other side is just concrete. There are pros and cons to being single as there are to being married (or with someone). There are always going to be those who are desperately trying to get into a relationship, while others are looking for a way out. I salute Ms Quest for putting her children first!

We want to hear from you. Let us know what you think at lifestyle@gleanerjm.com