The JPS's new man: John Kistle ready for the task at hand 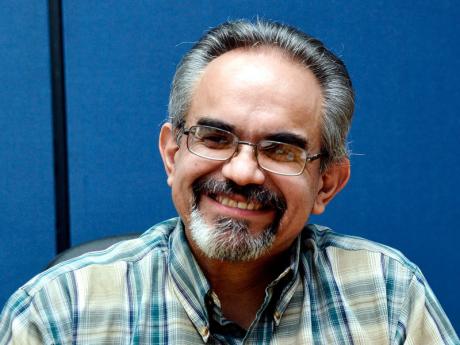 John Kistle, Jamaica Public Service's new senior vice-president for generation and project development, has a challenging road ahead. But the former United States Navy man, who worked with General Electric (GE) for 11 years managing generation businesses and larger regional groups of GE's Energy Services business, is more than up to the task.

With more than 30 years of experience in the power industry gained from stints in Latin America, Europe, Asia, Africa, and North America, Kistle has earned the respect of his peers for his vast expertise in generation technologies.

Of more significance, the new man at JPS is reputed to have had significant success implementing turnaround, start-up, and growth strategies within the power industry, so he could be just what the beleaguered power provider needs.

In an interview with The Gleaner, Kistle was asked whether JPS could once and for all define the problem, identify the solution and execute the delivery of affordable electricity to its customers.

He said he has found all the skills in the organisation and corporate support necessary to enable JPS to be successful, with the introduction of gas to the generation sector that reduces the cost of electricity, as well as enable the Government's energy policies and objectives to employ more renewable energy.

"I am very comfortable with the delivery of the project as long as the regulatory environment supports the risks," Kistle added, stressing that affordable rates for everyone are possible.

He noted that contrary to popular views, the local power company does have efficient plants, and tops among them is the Rockfort plant. But the answer to reducing rates in the long term is to have a smaller plant, while pushing the use of renewables.

It might be surprising, but JPS encourages its customers to use energy more efficiently. However, in spite of its best efforts, Kistle maintains that customers don't see much difference because of higher fuel charges and the devaluing dollar. He adds that the more customers conserve, the more it impacts the bottom line positively, because the decreased demand results in more efficient operations.

But given Jamaica's unique set of problems that continue to thwart the best efforts, does Kistle think he will have similar successes here like he has had elsewhere? He notes that he has directly engaged in the development and leadership of generation-infrastructure projects in every continent except Antarctica. The technical and management solution for Jamaica will employ proven technology with demonstrated economics.

"I am very confident that JPS can deliver a gas solution to the island that provides operating flexibility, allowing continued growth of renewable resources in the years to come, as well as immediately reduce the cost of electricity to Jamaica's residents and businesses," he responded.

And, as for where Jamaica stands in terms of megawatt hours currently produced by JPS, compared to what is required for efficient/optimum use/demand of the island, and how he plans to achieve it, Kistle notes that JPS currently produces about 58 per cent of the electricity on the island. About 292MW of that capacity is early-vintage steam-powered turbines that are not flexible in a sufficient manner to maintain stability of the transmission and distribution system as more intermittent renewables are added to the mix of generation resources.

NEED TO PHASE OUT SYSTEM

He explained that these steam-powered turbines remain very productive and are more efficient today than when they were built, due to investment and upgrades by JPS. However, they do not provide the most economical use of gas when introduced to the island, so the combination of most efficient use of gas and long-term growth of renewable generation justify the replacement of these generators.

"This transition will not occur all at once, but should be performed in phases as more renewable resources are added on the island," Kistle said.

In the meantime, the recent introduction of the eStore will literally put the power in the hands of customers. The eStore is part of JPS's effort to partner with customers in a more tangible way to help them understand and manage their energy usage.

The eStore is a one-stop energy-management store, which will have on sale a range of devices that customers can use to measure electricity usage, reduce usage and protect their equipment and appliances. These devices are among the best available anywhere in the world - some are manufactured by local experts, while others are imported.