When Standing Orders become an obstacle: Bunting, beware of the Golding fate 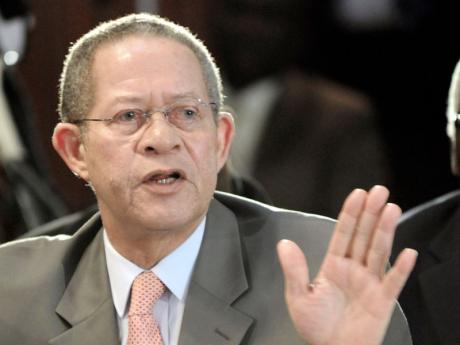 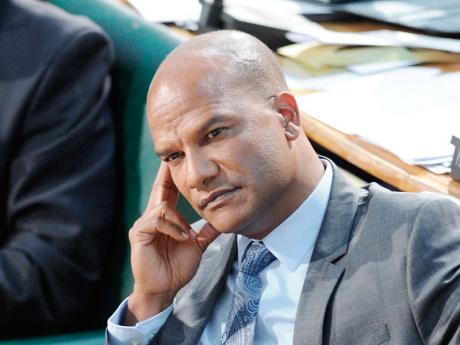 Like Bruce Golding did four years ago, Peter Bunting has used the Standing Orders of the House of Representatives as cover not to answer searching questions in the Parliament, but the national security minister had better beware that he does not suffer the 'Golding fate'.

Bunting last week refused to answer certain questions claiming that they could impact on national security. The matter relates to the sudden retirement of Police Commissioner Owen Ellington and whether it had to do with the country's international partners saying they have had enough of human-rights abuses under his watch.

Despite being eager to provide responses to the questions, doing so within seven days rather than the 21 days stipulated, Bunting added very little light to the issue which has clouded Ellington's image, opting instead to advance the argument that it would be irresponsible to publicly disclose certain matters of national security.

Bunting went as far as to suggest that House Speaker Michael Peart should not have given consent to the asking of certain questions surrounding the resignation of Ellington by Derrick Smith. In an unusual preamble before giving 'answers' to the questions posed, Bunting said, " … questions on such matters are prohibited by Standing Order 16 (1) (g) (ii), which states that a question shall not be asked seeking information about matters which are in their nature secret".

It must be noted that no question can make it on to the floor unless it gets prior approval from the Speaker.

In 2010, Golding, by way of statement, addressed the House on two related matters that had generated much public discussion and controversy. One had to do with the request for the extradition of Christopher Coke. The other, with the engagement of the US law firm of Manatt, Phelps & Phillips. He then cited Standing Order 16(2)( c) as his reason for not answering certain questions. That did not go down well with the then parliamentary Opposition, which saw his actions as evasive and his words as less than truthful.

Bunting should take note that Golding was deemed a liar, partly because of his failure to make full disclosure on matters relating to the Manatt-Coke affair.

He, Bunting, was among those who pounced on every opportunity to nail Golding, saying that by not fully disclosing certain information, he was denying the country the opportunity of knowing the whole truth.

While Bunting may want to argue that frustrating the extradition of Coke is a far different ball game from being seen as having pushed Ellington from office, he may want to rethink his strategy in dealing with this matter.

Most Jamaicans do not buy the reasons Ellington has offered as to why he is leaving; at the very least, they think Bunting is telling only part of the story. He can help his own credibility and preserve the public's trust by making public Ellington's resignation letter.

To the best of my knowledge, there is no Standing Order to prevent him doing so.

In the interim, The Gavel seeks the same guidance desired by Dr Peter Phillips, then in Opposition, when Golding used the Standing Orders as his shield.

"Could the prime minister tell us where in the Standing Orders it is possible to ask about a matter affecting Jamaica's relations in the international community where issues regarding Jamaica's reputation, the reputation of the Government of Jamaica, for which he has responsibility, where is it in the Standing Orders that it says that we cannot ask about it?" Hansard records Phillips as having asked.

Obviously, Jamaica's reputation has been affected and Bunting cannot use the Standing Orders as a reason not to tell us the extent to which the country has been affected, and what role, if any, Ellington may have had in Jamaica's security forces being viewed as abusers of human rights.