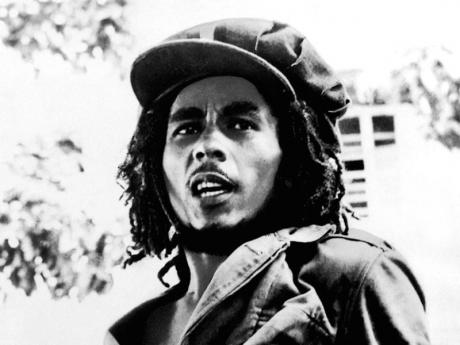 December 3, 1976, is a day in global history many will not forget. It was the day reggae icon Robert Nesta Marley was shot several times in an assassination attempt. And to ensure that the memory remains lodged in the minds of people worldwide, Jamaican author Marlon James has penned the novel A Brief History of Seven Killings, set to be released later this year.

The novel revisits the assassination attempt on the life of the reggae star and looks at what could have sparked the shooting, which took place at the singer's home on Old Hope Road in St Andrew. Marley, his wife Rita, manager Don Taylor, and friend Louis Simpson were all injured in the incident. Reports document that at the time of the shooting, the singer and his band, the Wailers, were rehearsing for the Smile Jamaica concert, scheduled for December 5 at the National Heroes Park. Marley survived the ordeal and went on to perform at the free concert but left the island the following day and didn't return for two years.

Inspired by the historic event, A Brief History of Seven Killings chronicles the series of events told by ghosts, slum children, killers, members of parliament, beauty queens, FBI and CIA agents, and the media. According to online publishers Amazon.com, the novel is scheduled for an October release. The book has already been receiving rave reviews from industry insiders who had an early read. Publishers Weekly said that no book this fall is more impressive than A Brief History of Seven Killings, while renowned American writer Russell Banks describes it as a novel that cracks open a world that needs to be known. "It has epic reach and achieves it. It's scary and lyrically beautiful. You'll want to read whole pages aloud to strangers."

Marlon James was born in Kingston, Jamaica. He graduated from the University of the West Indies with a degree in literature. He is the author of The Book of Night Women, which won the Dayton Literary Peace Prize, and was a finalist for the National Book Critics Circle Award. His debut novel, John Crow's Devil, was a finalist for the Los Angeles Times Book Prize. He teaches a creative writing course at Macalester College in Minnesota.