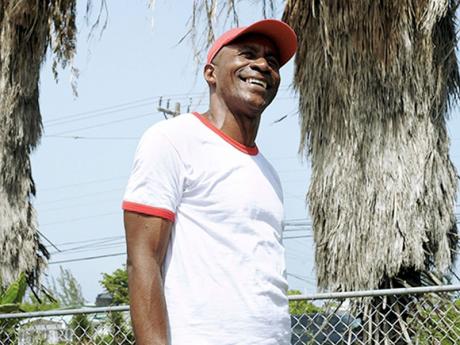 Reggae artiste Super Beagle is gearing up to release a new album, as he hopes to build on his renewed popularity after being sampled by Grammy Award-winning rapper Kanye West for his multi-platinum selling single, Mercy.

Kanye West borrowed the intro from Super Beagle's single, Dust A Sound Boy, which is regarded locally as one of the strongest sound clash singles of all time.

The singer says online sales for Dust A Sound Boy has improved since Kanye West did the sample, and although he was tight-lipped about actual figures, he made it clear that the returns from publishing are at an all-time high.

"Since the sample, the work turn up more again. I was living in the US for a while with my family, so many persons didn't realise that Super Beagle was the one behind such a classic record, but now, due to the success of Mercy (by Kanye West), I am back to work. The song is selling, and publishing looks good and will even get better as certain things continue to iron out," Super Beagle said.

The iconic reggae artiste recently moved back to Jamaica in order to concentrate on producing new music. He says while living in the US had its benefits, the environment is not necessarily the best to produce authentic Jamaican music.

"You have shows here and there, and I had my own reggae band touring with. But to do real reggae music and get the feeling right, you have to be in Jamaica, or else it just won't feel right, and it's harder to connect with the people. With this new gravitation to my music, the best place to be is yard, and so I am here producing music and working on the album," he said.

The album, called Heart of Love, will be distributed by VP Records and was self-produced by Super Beagle via his 20-year-old record label, Fresh Breed productions. The artiste has already released one single from the album, called Mama Cry. The single features Terror Fabulous and has been getting favourable rotation worldwide. An accompanying music video was recently released on local TV and can be viewed on YouTube.com. Super Beagle is also making preparations for a promotional tour of Europe and the US.