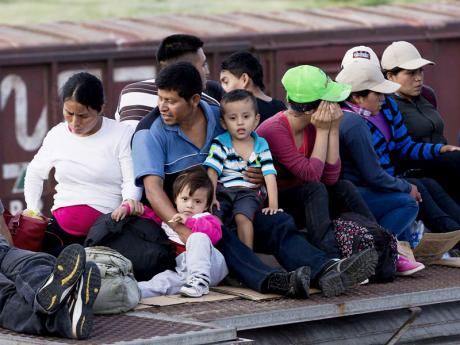 Central American migrants ride a freight train during their journey towards the US-Mexico border in Ixtepec, Mexico. 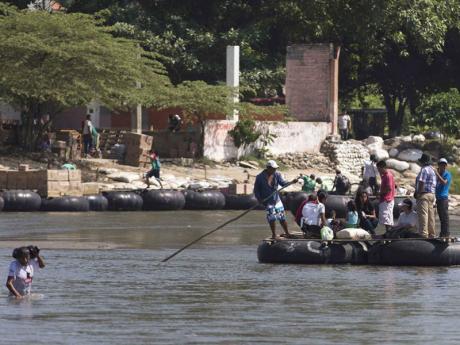 The man-in-the-know nursed a late-morning beer at a bar near the Suchiate River that separates Guatemala from Mexico, and answered a question about his human-smuggling business with a question: "Do you think a coyote is going to say he's a coyote?"

Dressed as a migrant in shorts and sandals but speaking like an entrepreneur, he then described shipments of tens of thousands of dollars in human cargo from the slums of Honduras and highlands of Guatemala to cities across the United States.

"It's business," he said, agreeing to speak to a reporter only if guaranteed anonymity. "Sometimes, business is very good."

Judging by the dramatic increase in the number of minors apprehended in the United States in recent months, it seems the human-smuggling business from Central America is booming. The vast majority of migrants who enter the US illegally do so with the help of a network of smugglers known as 'coyotes', so named for the scavengers that prowl the border.

It is a high-risk, often high-yield business estimated to generate $6.6 billion a year for smugglers along Latin America's routes to the US, according to a 2010 United Nations report. The migrants pay anywhere from $5,000 to $10,000 each for the illegal journey across thousands of miles in the care of smuggling networks that in turn pay off government officials, gangs operating on trains, and drug cartels controlling the routes north.

The exact profit is hard to calculate. One expert who wasn't authorised to speak publicly put it at $3,500 to $4,000 per migrant if the journey goes as planned. Smuggling organisations may move from dozens to hundreds of migrants at a time.

"We're talking about a market where chaos reigns," said Rodolfo Casillas, a researcher at the Latin American Faculty of Social Sciences in Mexico who studies migrant trafficking.

The surge in unaccompanied minors and women with children migrating from Central America has put new attention on decades-old smuggling organizations. More than 57,000 unaccompanied minors, the vast majority from Guatemala, El Salvador and Honduras, were apprehended at the US border from October to June, according to the Border Patrol. That's more than double the same period last year.