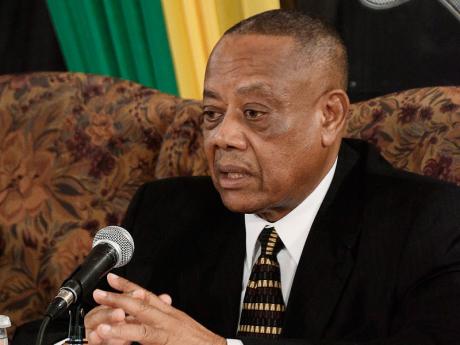 Minister of Labour and Social Security Derrick Kellier has declared that the impending flexible workweek arrangement will help to stabilise family life, the breakdown of which he believes to be the cause of several problems in Jamaica today.

"Right now, we have a problem with family life in this country because parents do not get enough time to spend with their children ... (but) they can now work out a system with their employers to spend more time with their children," Kellier said in his keynote address at the 55th national conference of the Association of Methodist Men's Fellowship, held at the St John's Methodist Church, in Montego Bay, St James, on Sunday.

"The breakdown of the family is at the root of what is wrong in Jamaica. The flexi workweek will give the opportunity to members of the working society to spend more time with their children," he added.

Kellier also gave an assurance that the flexible workweek bill, which is expected to be debated in Parliament by September, will protect employees from abuse of their rights by employers, including the workers' right to choose their day of worship.

"Flexible work arrangements should not contravene a worker's right to worship, as workers will be afforded the opportunity to negotiate their work hours, workdays and rest days," said Kellier. "Workers could negotiate for their rest day to be on their day of worship, and the law would protect workers who are denied the right to worship."

According to the proposed law, the flexi- workweek will consist of 40 hours, and overtime becomes applicable after the stipulated 40-hour workweek. This arrangement will also increase the maximum number of hours in a workday from eight or 10 hours, as it now exists, to a maximum of 12 hours.

The bill also indicates that all seven days of the week should be considered as possible workdays. However, this provision of the bill had triggered much debate among church leaders, who have argued that special days of worship should be preserved for workers.