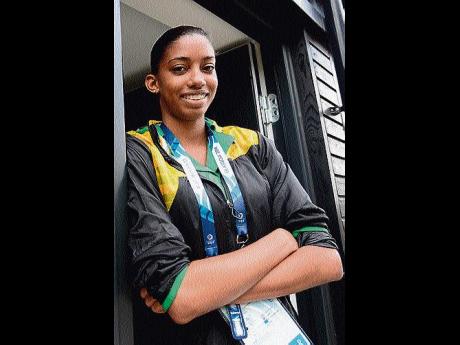 It's hard to believe that table tennis standout Yvonne Foster is only making her first appearance at the Commonwealth Games.

Now 20, Foster has been playing the sport since the age of six, winning the national title eight times and establishing herself as the island's premier female table tennis player.

In spite losing out to 14-year-old Dadrian Lewis at this year's National Championships, Foster, who has been a constant source of encouragement for young Lewis in the build-up to the Games, is hoping to put the loss behind her and have a positive outing here in Glasgow.

"I was surprised, but I am really happy for her, because at her age, I was doing the same thing. Some days are simply not your days, and you win some and lose some," Foster told The Gleaner yesterday.

"I have been working hard and, at the moment, I am happy with my training and preparation coming into the Commonwealth Games. I have been putting in as much time as I can, and I am feeling comfortable that I am where I need to be," she added.

In terms of her goals, she said: "My objective is to go out there and do my best and, hopefully, come away with a medal."

One of her focuses is to also help Lewis ahead of what will be the most daunting competitive challenge of her young life.

The two have struck a chord, particularly as they spend hours training together for their respective Commonwealth Games debuts, and Foster, who herself is bracing for the fiercest competition that she has ever faced, believes the prodigy will do herself proud.

"We have been training together, and I try to encourage her (Lewis), as I think that's what she needs right now. It's her first big tournament like this. Nervousness is to be expected from her, but I am positive that she will go and do her best, and that she will do well," Foster said.

"It's been a good vibe here; the team has been training well, and the energy is good, and I really think we are all ready to go out there and do our best."

Foster, like Lewis, will compete in the singles, mixed, doubles, and team events.