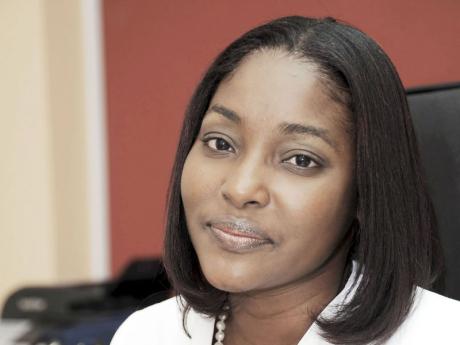 The stock of public debt is budgeted to increase to J$2.09 trillion in the current fiscal year, an increase of 7.4 per cent or $144.4 billion when compared with the out-turn for the last fiscal year, according to the fiscal policy paper for 2014-15.

The projected total debt comprises domestic obligation of $1.09 trillion and external liability of $993.92 billion, but the paper indicates that - in keeping with the Government's requirement under its economic support programme with the International Monetary Fund (IMF) - the debt-to-gross domestic product (GDP) ratio is projected to decrease over the next three years.

This includes a reduction in the debt-to-GDP ratio to 129 per cent at the end of fiscal year 2014-15, Auditor General Pamela Monroe Ellis pointed out in a report to Parliament on the examination of components of the fiscal policy paper.

However, she said that although the debt-to-GDP projection was trending downward over the medium term, the projection for the current fiscal year represented an average adjustment of 10 percentage points higher than the projection of 119.6 per cent in the 2013-14 fiscal policy paper, "which implies that the Government has encountered greater challenges in the achievement of the target."

Monroe Ellis referred to the definition of public debt in the Financial Administration and Audit (Amendment) Act, which describes it as "the consolidated debt of the specified public sector, including its government guaranteed debt (after netting out the cross holdings of debt of entities within the specified public sector, other than holdings by the Bank of Jamaica".

However, she pointed out that there was a difference between that definition and the coverage of the debt presented in the fiscal policy paper for fiscal year 2014-15, which refers to the stock of public debt directly contracted by central government, Bank of Jamaica obligation and government-guaranteed external debt.

In examining another aspect of the fiscal policy paper, Monroe Ellis said the management of fiscal risks "is critical to managing the growth of the public debt and other economic variables."

Examples of fiscal risks include contingent liabilities, natural disasters, interest rate risk, as well as the risk to elements of expenditure and revenue over the medium term.

The fiscal policy paper identifies the key sources of fiscal risks, she said. "However, because of the uncertainties in the timing and amount of fiscal risks," she said, the Government may not, or inadequately provide for them in the budget.

"If the risks do materialise they could significantly reduce revenue and or increase expenditure and possibly result in increased debt level," she added.

Monroe Ellis pointed out that she recommended in her 2013-14 fiscal policy paper report that the Ministry of Finance should take the necessary steps to ensure that future fiscal policy papers incorporate the performance of the key fiscal risks.

"This will indicate what fiscal risks have materialised during the previous financial year, and the associated cost," said the Auditor General.

However, she said that the effect of the fiscal risks has still not been fully quantified, for example, with the aid of sensitivity analysis, or comprehensively explained in the latest fiscal policy paper.

Citing an example, she said that in relation to 'other entities' debt assumption' the 2014-15 fiscal policy paper did not disclose those high-risk entities or their exposures. At the same time she pointed out that the fiscal risk had materialised in the last financial year with the assumption of the debt of Clarendon Alumina Production and Wallenford Coffee Company.