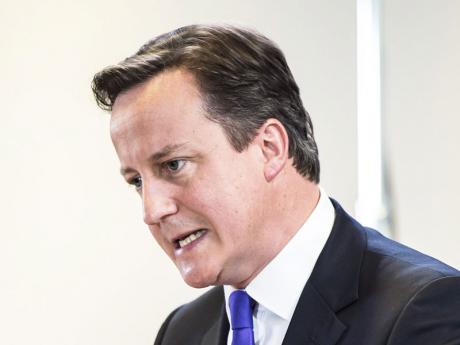 British Prime Minister David Cameron is emphatic while speaking during a media conference at an EU Summit in Brussels on Friday, June 29, 2012. - File

By Peter Spiegel in Brussels, Kiran Stacey in London and Stefan Wagstyl in Berlin

Europe's foreign ministers will face intense pressure to enforce tougher sanctions against Russia today, with a UK-led group of hardline EU states insisting the downing of MH17 has changed the calculus for the bloc's relationship with the Kremlin.

"It is time to make our power, influence and resources felt," David Cameron, the British prime minister, told his parliament. "Russia cannot expect to continue enjoying access to European markets, European capital, European knowledge and technical expertise while she fuels conflict in one of Europe's neighbours."

The ministers meeting in Brussels do not have the power to approve "phase three" sanctions - a move targeting entire sectors of the Russian economy that must first be backed by heads of government. But the UK-led group, including central and eastern European countries, wants to pave the way for such a step.

Despite momentum behind broad EU sanctions, which could initially target Russia's military by barring exports of weapons parts, EU diplomats said some states were still resisting the tougher approach and there were concerns the debate could split the EU.

France is concerned about its EU1.2bn contract to sell two Mistral-class helicopter assault ships to Russia and has urged instead an expansion of "phase two" sanctions, which target individuals and companies rather than sectors.

"For the moment the question of the Mistral contract does not arise," a French official said. "For now the contract is going ahead."

Angela Merkel, the German chancellor, has urged restraint on her fellow leaders. Her spokesperson said foreign ministers would consider actions outlined at the last EU summit, before the disaster.

The drive for tougher sanctions has been inflamed by charges that pro-Russian separatists have blocked access to the site in eastern Ukraine where the Malaysia Airlines flight was brought down on Thursday.

US and Ukraine intelligence services have accused pro-Russia separatists of bringing the airliner down with a surface-to-air missile. The Kremlin rejects the charge.

Malaysian prime minister Najib Razak said yesterday he had made a deal with separatists for the bodies of passengers and the aircraft's "black boxes" to be handed over to Dutch and Malaysian authorities.

UK diplomats have tried to tailor an arms embargo to affect only future contracts, so as to win French support, but the Mistral sale has come under intense criticism in Washington.