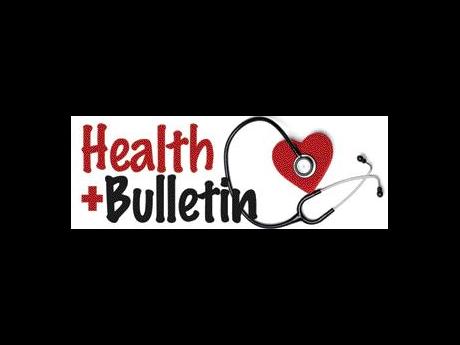 Men who have a vasectomy face an increased chance of developing prostate cancer and a higher risk of contracting the most aggressive form of the disease, a study has found.

The Harvard research on 50,000 men, the largest study to examine the link between sterilisation and cancer, found that those who had the procedure had a 10 per cent greater chance of developing the disease.

It also found a sharp increase in the risk of contracting the most aggressive form of prostate cancer, although this type of the disease is still relatively rare.

The dangers appeared to be highest among men who had a vasectomy at a younger age, researchers said.

The chance of developing the aggressive form of the disease increased among those who had a vasectomy before the age of 38.

However, researchers said that although the relative increase in dangers associated with a vasectomy was significant, the absolute risk remained small.

Prostate cancer is the most common form of cancer in men, affecting 40,000 a year in Britain and causing 10,000 deaths.

One in eight men will develop the disease, with most cases occurring after the age of 65. The majority of cases are "slow growing" and medical guidance often advises keeping the disease under surveillance.

Many men with the cancer will suffer no harm from it, while treatment options, including surgery and radiotherapy, can have serious side effects, such as erectile dysfunction and incontinence.

More than $118 million in improvements at Bellevue Hospital since 2012

Minister of Health Dr. Fenton Ferguson said more than $118 million was set aside to improve various sections of the operations of the Bellevue Hospital since he toured the facility in early 2012.

"The demand for admission is about 15 persons per day, but the hospital's capacity is three per day. We started expansion, and when completed, we should be able to accommodate more patients," he said.

Some of the projects which have either been completed or are in progress include upgrade of the kitchen to the Dietary Department at a cost of $22 million; reorganisation of acute services at $16 million; refurbishing of the laundry building at $17 million; improvement of the road infrastructure on the campus for $23 million; renovation of three blocks for assisted living costing $30 million; re-establishment of dental services at $3.5 million; and improvements in staff facilities, including the canteen and recreational facility at $7 million.

"There are some who believe that the Bellevue Hospital should be closed, but it is clear to me that there are some patients who are simply not ready to be reintegrated into their communities, and there is, therefore, a need for an institution such as Bellevue that can deliver acute care," Ferguson said.

As part of recommendations from the technical study entitled 'Reform and Financing of Jamaica's Health System', funded by the Inter-American Development Bank (IDB), the Ministry of Health will be creating a 10-year Strategic Development Plan for the health sector. This is in keeping with the overall plan to strengthen the health sector.

The aim of the IDB-funded study is to assist the ministry to provide increased access to affordable and quality care.

Other recommendations being acted on by the ministry include developing an implementation strategy for primary health care renewal and implementing demonstration projects to reduce the impact of non-communicable diseases.

$268 million for phase two of primary-care centres of excellence

Approximately $268 million will be spent on additional infrastructure improvements and equipping of the primary care centres of excellence under phase two of the projects. The funding is being provided through the National Health Fund.

Already, phase one of all four of the facilities has been completed - Claremont in St Ann, Isaac Barrant in St Thomas, Darliston in Westmoreland - and Santa Cruz in St Elizabeth. All have been officially opened.

The intention is for the centres to be the first choice of access to health-care services for residents in the areas they serve, so that there is an appreciable reduction in the improper use of secondary-care facilities, which, in the long run, will be more cost-effective. It is also a part of efforts to improve services offered at the primary level of care.