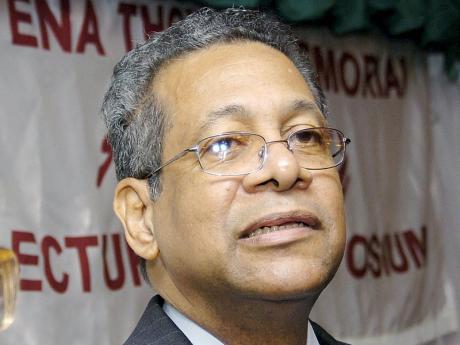 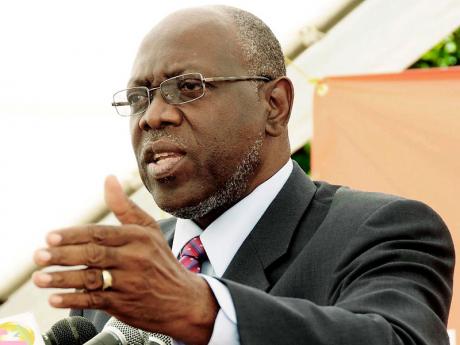 Despite debate in medical circles that the country's main mental health facility, the Bellevue Hospital, is not fulfilling its mandate, the Government and the Opposition are at one that the facility should remain open.

Health Minister Dr Fenton Ferguson is adamant that the idea to close the facility, which has been floating in mental-health circles for more than a decade, is a non-starter.

"There are some who believe that the Bellevue Hospital should be closed, but it is clear to me that there are some patients who are simply not ready to be reintegrated into their communities, and there is, therefore, a need for an institution such as Bellevue that can deliver acute care," declared Ferguson following a tour of the institution last week.

According to the minister, more than $118 million was set aside to improve various sections of the operations of the Bellevue Hospital since he toured the facility in early 2012.

Some of the projects that have either been completed or are in progress include upgrade of the kitchen to a dietary department at a cost of $22 million; reorganisation of acute services at $16 million; refurbishing the laundry building at $17 million; improvement of the road infrastructure on the campus for $23 million; renovation of three blocks for assisted living costing $30 million; re-establishment of dental services at $3.5 million; and improvements in staff facilities, including the canteen and recreational facility, at $7 million.

"We have no intention of closing the Bellevue Hospital at this time. In fact, that was why I spoke specifically to the improvements that we are making to the hospital," Ferguson told The Gleaner.

The debate over the closure of the mental-health facility blazed in 2003 when then Health Minister John Junor argued that such a move would bolster the treatment of the mentally ill in their communities.

That proposal was abandoned after it was criticised by the parliamentary Opposition as well as members of the public.

One of the most strident voices against the plan at that time was that of then Opposition Spokesperson on Health Dr Kenneth Baugh, who last week declared that he was still opposed to any such proposal.

"My position has not changed. I am still convinced that any closure of the hospital is not a good idea as the island needs a central facility for the treatment of the mentally ill," declared Baugh.

"I have met many families who are struggling with mentally ill relatives in their homes because there are no resources in the community to support them, and so they often relapse and either cause harm in their communities or come into confrontation with the police," added Baugh.

While at one with Baugh on the need to keep the facility open, Ferguson argued that international bodies such as the World Health Organisation and the Pan American Health Organisation were recognising the importance of family and community mechanisms in the rehabilitation and reintegration of the mentally ill into society.

"We must be mindful of what the world conversation is now on mental health. Part of that conversation is saying community participation - setting up facilities in areas where they live - is integral, rather than just institutional care. There is also the point of having our mental-health officers operating out of our hospitals, treating people where they have the benefit of their families rather than continuing to expand the numbers of patients at Bellevue."

Ferguson pointed to the reduction of the patient population at Bellevue from more than 3,000 to around 800 as testament to the fact that community mental health centres are making a difference.

"There are some persons who [remember] the good old days of Bellevue when they had 3,500 patients. Now, we are at 700 to 800 patients, and while they are institutionalised, we are looking at the opportunity to have them engaged in work because it is part of treatment to have them active and working, but the intention is not to shut down the hospital."