Jamaica and US human rights record 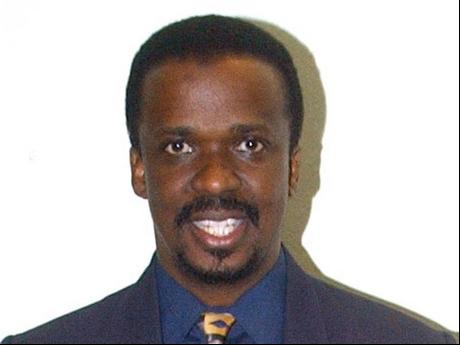 Former Prime Minister Bruce Golding, while eschewing extrajudicial killings, says the United States lacks the moral authority to cite human-rights abuses as reasons to withdraw support from the Jamaican security forces. Golding complained that the US has a long history of carrying out heinous actions against other countries, and the drone strikes which are aerial vehicles remotely controlled by CIA operatives are tantamount to extrajudicial killings.

Golding is highlighting USA's hypocrisy. However, even a hypocrite can speak the truth. So USA can point out our human-rights abuses and punish us even if that country is guilty of human- rights abuses.

However, there are three main problems with the USA's actions of withholding funding based on alleged human-rights abuses. The first is that the Tivoli incursion is the subject of an inquiry to start shortly, and the allegation of a death squad in Clarendon has not been proven. Therefore, the USA seems hasty in coming to conclusions.

Nevertheless, the Govern-ment could be said to be dragging its feet over the Tivoli incursion. The nation was under siege and the state was attacked but the response appeared excessive and needs investigation. The trial as it relates to Keith Clarke is taking too long, and I was reliably informed that the Government is slow in compensating the family.

The other point is that the USA is selective in punishing human-rights abuses with dictators, who are allies, getting no reprimand. Additionally, the USA will not subject itself to the International Court of Justice. It is behaving as if the USA is above international law and jurisdiction. That is dangerous and can lead to chaos in the world with everybody disrespecting international law and decency. In such a climate, the shooting down of a passenger plane over Ukraine airspace might become regular features.

Drone strikes are dangerous. Israel has engaged in such and children have been killed and hospital hit with patients being killed. The USA drone strikes have killed people as collateral damage. The Obama administration is using pre-emptive strike against perceived terrorists. Barack Obama, president of the USA, was given a Nobel Peace Prize not for what he had done but the promise of a different USA in the vanguard for peace. Obama has disappointed in this area.

Unfortunately, the Jamaican Government as a friend of the USA has been unwilling to point out human-rights abuses by the USA. Instead, Attorney General Patrick Atkinson has tried to defend the indefensible when he implied that the USA has information that led to drone strikes. The world will be a safer and better place without drone strikes.

On November 3, 2011, I wrote that it is now emerging that Colonel Muammar al-Gaddafi "was captured alive and then executed. That was a tragic mistake on the part of those who were fighting for the freedom of the Libyans. We should not countenance extrajudicial killings. Every human life is sacred. And life should only be taken in self-defence. The world will regret this development". Jamaica said nothing! Additionally, I wrote, "One must be concerned about the death of Osama bin Laden, former leader of a terrorist organisation. At first, the initial report was that he was killed in a gun battle. There could be no argument with that. However, subsequent reports give the impression that it was an execution." Again, Jamaica said nothing about extrajudicial killings!

The world must use the United Nations and the International Criminal Court to be watchdogs against human-rights abuses, and we need to do better as a nation in that regard.