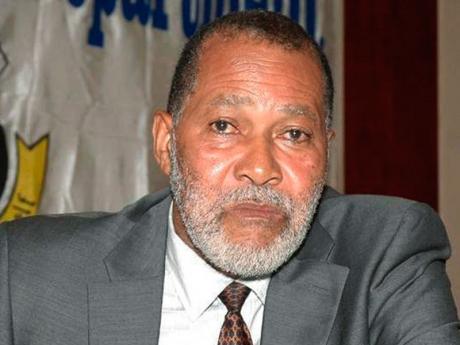 Last year, St James was the nation's undisputed crime capital as, between marauding gangsters and rampaging 'lotto scammers', the western parish was a hot bed of criminality, a substantial headache for law enforcement.

In the peak of the mayhem, Senior Superintendent of Police Egbert Parkinson was transferred to St James and given the challenging task of reining in the runaway lawlessness, which was threatening to undermine the information communication and technology sector and tourism, the major cornerstones in the economy of Montego Bay - the nation's tourism capital.

After experiencing trying times in the initial stages, Parkinson appears to be taming the crime monster as, based on the latest crime statistics, major crimes are trending down, resulting in optimism and confidence replacing last year's fear and despair.

"We have been working closely with the citizens and it is their support and cooperation that is making the difference," said Parkinson. "They had become sick and tired of seeing too many coffins, so they are working with the police to help create safer communities."

Based on the latest crime statistics for St James, which were released on July 12, murder is down by 8.5 per cent over the comparative period last year as it has dropped from 71 to 65.

The changing face of the crime statistics in St James is being greeted with general satisfaction by the Montego Bay Chamber of Commerce and Industry, which has partnered with the police and several crime-fighting initiatives over the years.

"The Chamber will always be happy for statistics which indicate a decrease generally, and we would commend the police for their efforts and encourage citizens to continue to give information and support," said chamber president Nathan Robb. "We would also insist that the police be responsible in their handling of information, and be responsive to the needs of civilians. All this goes toward enhancing the business environment. Any reduction of crime is something we have to applaud."

Parkinson, who has been piloting an initiative in which the police go into the various communities on a regular basis and try to assist residents in addressing some of the various problems being faced, said he is envisaging better days for both the citizens and the business community.

"Business tends to thrive in safe surroundings and once businesses are doing well, there will be increased employment opportunities for the residents," said Parkinson.

With lotto scammers and gangsters in retreat on account of the police's effort to blunt their wayward ways, Parkinson said every effort was being made to ensure that the police hold on to the gains they have made.

"There are some known gangsters who we don't have enough on to arrest them ... . We have met with them and made it clear to them that we will be watching their every action," said Parkinson. "We are not going to let this parish go back to where it is coming from."

In addition to showing appreciation for the success of the police, Robb also heaped praise on the St James Parish Council for its efforts to curtail street vending.

"... The recent efforts by the mayor and the parish council to rid the streets of vending is something that has brought significant relief to the streets," said Robb. "It is important that we look to the general comfort level of the public and of business persons in the conducting of their business.