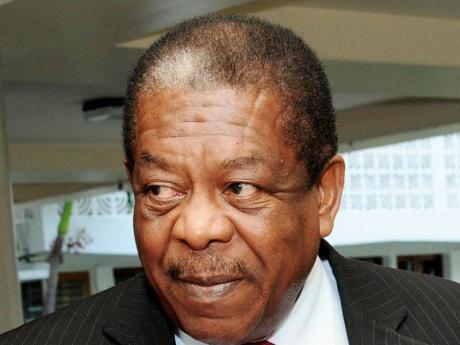 REACTING TO recent criticisms of operations at the Caribbean Court of Justice (CCJ), Sir Dennis Byron, president of the regional body, is insisting that it remains strong.

Byron, in a telephone interview with The Gleaner on Tuesday, said the CCJ "has not been distracted from our main purposes by issues which have been in the public domain".

"I think that the court is strong, it will continue to be strong, and I think when I have a chance to explain to the public what has transpired, you will notice that the issues raised by Dr [Leighton] Jackson are not true and an unfortunate distraction at this time," Byron said.

The CCJ president has been under pressure to respond to claims of mismanagement, arbitrariness and industrial relations breaches at the Port-of-Spain, Trinidad-based court, but he insists that "the court has been functioning effectively and efficiently".

Some of the allegations were put forward in a Gleaner article on Tuesday by Jackson, whose secondment from the University of the West Indies to the CCJ as acting registrar was prematurely terminated.

"Despite the administrative issues which have been publicised, the actual performance of the court in its judicial work has maintained its high standards. For example, during the course of the first half of this year, we have done away with more cases than in any calendar year up to now," Byron told The Gleaner.

The CCJ is facing an internal legal battle as a result of a series of consecutive dismissals, resignations and suspensions of senior managers. The court is also facing backlash over its decision to discipline an employee - a driver - for refusing to sell complimentary VIP Trinidad Carnival tickets on the instructions of a judge. The judge has been given an additional allowance to privately hire another driver.

On Monday, Jackson told The Gleaner that owing to instances of mismanagement, misconduct and arbitrariness, "it created for me a difficulty in feeling comfortable with the Caribbean Court of Justice, which is governed in that way".

Byron said he would soon be responding to the issues raised by Jackson and others, even as he characterised some of the claims as falsehoods and distractions.

The CCJ is funded by a US$100-million trust fund to which Trinidad and Tobago and Jamaica contribute 29.7 per cent and 27 per cent, respectively.

Byron said despite the concerns raised about the administration of the court, the regional body remains financially strong.

"The trust fund is stronger now than it has been for the last three or four years," Byron said, while noting that US$47 million was used to carry out the affairs of the court last year, and that the CCJ still has a capital base of US$100 million, the same as when it started out 10 years ago.

"It is being demonstrated that the court is functioning effectively from the interest on the capital," said Byron. "That, to a large extent, has been due to the administrative reforms that we have already started to introduce."

Jamaica is seeking to have the CCJ replace the Judicial Committee of the Privy Council as the country's final court of appeal.