Flag-bearer Weir 'honoured' - Three J'cans to dine with The Queen 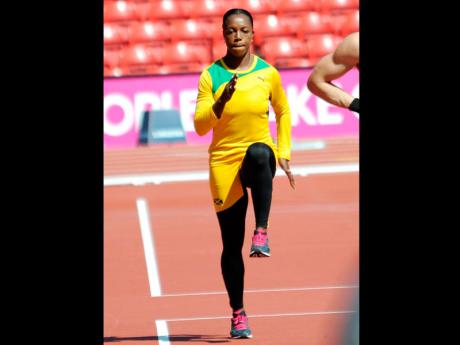 Jamaican 200m sprinter, Warren Weir, says he is honoured to have carried Jamaica's flag and lead the team out during last night's opening ceremony of the 20th Commonwealth Games at Celtic Park in Glasgow, Scotland.

"To be given the role to lead out the nation and carry the flag by Jamaica, knowing that we have a very large contingent of excellent athletes from different sports and to know that I was selected from that group is a great honour," said Weir.

"I am extremely honoured, proud and humbled by this. I am really happy to have been given this opportunity and it's one that means a lot," he added.

"There wasn't much expectations that I would be asked to carry the flag. I came here only thinking to run and go out there and compete, and I certainly didn't expect this, but nevertheless I am very happy and, like I said, I am very proud for this," added the 2013 Diamond Race winner.

DINNER WITH THE QUEEN

Meanwhile, two Jamaican athletes and an official will rub shoulders with The Queen and the Duke of Edinburgh today, as royalty visits the Commonwealth Games Athletes Village on the first day of competition.

Sprint hurdler Richard Phillips, netball captain Nicole Aiken and team official Martin Lyn have been selected as Jamaica's representatives, as the Queen and Prince Philip are set to sit down for lunch in the Village's dining hall.