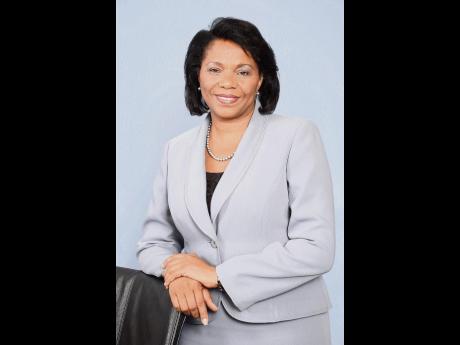 President of First Global Bank, Maureen Hayden-Cater, has started her first full term as president of the Jamaica Bankers Association (JBA). She was first elected mid-term on September 20, 2013 following the resignation of former president Bruce Bowen, who had been recalled to Scotiabank headquarters in Canada.

She was elected to the post last week at the association's annual general meeting.

Jacqueline Sharp, president of the Bank of Nova Scotia, was elected treasurer.

A release quoted Hayden-Cater as saying she will continue to ensure that the JBA supports the Government, regulators and all Jamaicans by facilitating economic growth while maintaining a stable and sound banking system.

She is the second woman to head the association, following Minna Israel who was the group's chief spokesperson before Bowen when she ran the country operations of RBTT Bank Jamaica, now RBC Royal Bank Jamaica.

Hayden-Cater has been president of First Global Bank Limited since August 1, 2010.