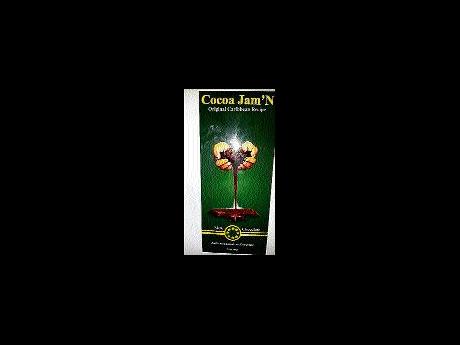 Former Jamaica Cocoa Farmers Association (JCFA) operations manager, Lorenzo Buckley, and a business partner domiciled in the United States have put together financial resources to start Cacao DeJamaique, a fledgling local condiment manufacturer with production offices based in the United States to produce a chocolate bar made from local cocoa beans.

The businessmen have sourced supplies of cocoa from local farmers through the Cocoa Board and are also putting some 32 acres into cultivation to ensure consistent supplies of the product. They have, however, established processing facilities in Illinois where they say energy costs are cheaper.

The product is set to be launched on the local market at the annual Denbigh Agricultural Show set for August.

"We have seven acres of cocoa now and we have just acquired another 25 acres in April that we are going to put more cocoa on. We plan to go up to about 100 acres," Buckley said, adding that the farms are all based in St Mary. The company has bought the first seven acres of land and leased the other 25 acres.

"What we do is purchase the beans, then turn it into liquor and store it in our warehouse in Mokena, Illinois. What this does is help us to withstand supply shocks, if any. We will continue to use the Jamaican bean until there is none available. Hopefully, this will not happen as buying from Jamaica only helps the Jamaican cocoa farmer and the economy with foreign exchange," Buckley told the Financial Gleaner.

The source market arrangement will also see the company buying cocoa beans from an overseas entity in a bid to diversify its source markets.

"We have an alternative source of beans ... but, currently, we are not using this source because we were able to source our beans in Jamaica without any problem," he said.

The company has so far bought some 22 tonnes of beans from local farmers with plans to export "at least 25 tonnes every two months, and increase this amount as demand increases," he added.

Buckley declined to state the level of investment going into setting up the business, only saying that "hundreds of thousands" of US dollars have so far been spent.

Cocoa Jam'N is manufactured by a third-party manufacturer under contract, the businessman said.

Jamaica once produced chocolate bars, but that ended after Highgate Foods, which was owned by Claude Clarke, fell into financial difficulties, was placed in receivership and its assets sold off in 2007 after 30 years in business.

The Highgate factory, located in St Mary, initially belonged to Cadbury, but was acquired by Clarke when the company decided to exit manufacturing in Jamaica.

The Highgate brand was acquired in 2004 by the Musson group - which was Highgate Foods distribution partner for the chocolate bars - but the company has not returned Highgate chocolates to the market.

With no local chocolate bars to compete against, Buckley said his company is hoping to tap "at least 35 per cent" of the market.

"There is no local chocolate bar right now. The domestic competition is going to be foreign, in terms of Charles and Cadbury," Buckley reasoned.

Though the value of the local chocolate market could not be ascertained, research company Mintel says the global chocolate confectionery market is expected to continue to grow in 2014 to top US$91.3 billion, a four per cent increase on 2013.

Cacao DeJamaique's local operations are based at Seymour Ave, in Kingston, with plans to also open an outlet in St Mary to oversee its cocoa cultivation, the former JCFA operations manager said.

The St Mary-based farm is currently staffed by seven, with an additional two persons at its Kingston offices, he said.

Cocoa Jam'N chocolate bars currently retail for US$4.39 for a 1.5-ounce bar and US$6.50 for a 3.5-ounce bar, "but the Jamaican price will be cheaper" to push local uptake of the product, Buckley said.

"I realised the need to go into value-added coming out of the cocoa-resuscitation programme, so I consulted with my business partner and we set up the company," he said, adding that production of the chocolate bars will be brought home in the next two years.

"This is to help the local farmers to see where their produce goes. When we make this product, he (the farmer) will take more pride in his product and even produce more," Buckley suggested.

"We pay US dollars for it, which also helps to bring foreign exchange into the country and adds another vehicle to help grow Jamaica," he added.

The beans are fermented and dried in Jamaica but roasted in the US, Buckley said, noting the prohibitive costs of processing the beans locally.

They also have plans to produce chocolate iced teas, chocolate balls and cakes, among other things, once local production gets off and running, the businessman said.

The company also plans to eventually grow avocados to maximise the company's tree crop business. It will also produce an avocado guacamole product line with exports targeted at the United States market.