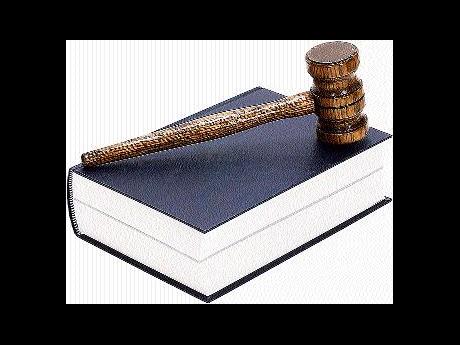 The Court of Appeal has ordered a retrial in a claim brought by St Andrew-based X-Ray and Diagnostic Ultrasound Consultants for damages against air-conditioning sales and service provider, CAC 2000 Limited, as a result of a fire which destroyed a section of its premises more than 11 years ago.

Supreme Court judge Roy Jones had awarded X-Ray and Diagnostic just over J$74 million, representing the replacement costs of equipment damaged in the fire and consequential loss of profits.

However, the Court of Appeal set aside Justice Jones' order.

CAC's attorney, Patrick Foster, QC, argued at the appeal that, among other things, non-compliance with a section of the Civil Procedure Rules was an insufficient basis for the judge to rule that the expert report of Mark Hook, on which it relied, was inadmissible.

The judge had instead accepted the evidence of engineer Basil Nelson, the expert witness for X-Ray and Diagnostic, and blamed CAC for the fire.

In the written reasons for allowing the appeal, Court of Appeal President Justice Seymour Panton said the acceptance of one expert report and the rejection of the other "created an unnecessary imbalance which was not in the interest of justice," a position accepted by Justice Mahadev Dukharan and Justice Norman McIntosh who sat on the panel.

According to court papers, the order of Justice Jones was made in respect to a claim filed by X-Ray and Diagnostic in 2007.

CAC was contracted to provide equipment maintenance services to X-Ray and Diagnostic in respect of an air-conditioning unit that it had purchased from CAC.

On May 11, 2003, combustible material within the fan coil of the air-conditioning unit ignited and started a fire which destroyed a section of X-Ray and Diagnostic's premises, as well as several pieces of equipment essential to the business.

X-Ray and Diagnostic contended that the fire and subsequent loss was because of CAC's failure to adequately maintain the air-conditioning unit and in that regard alleged a breach of contract as well as negligence.

CAC denied the allegations and maintained that X-Ray and Diagnostic had operated a nuclear gamma machine that it owned in a manner which it knew or ought to have known was dangerous and against specification. It further suggested that the positioning and handling of the machine had caused or was the main contributor to the fire in question.

The trial concluded in December 2010 when Justice Jones found that "on a balance of probabilities" CAC was negligent "in failing to properly maintain and repair the air-conditioning unit." The judge also found that due "to the frequency with which the unit malfunctioned", CAC was "in breach of the inspection service contract".

Consequently, he found CAC "liable in both contract and tort".

Justice Panton noted that at the Supreme Court hearing, X-Ray and Diagnostic expert witness Basil Nelson, who is said to have investigated more than 100 fires, laid the blame for the fire on CAC.

Nelson also told the court that he reviewed Hook's report and as a result conducted further investigations as to the origins of the fire.

The judge, in accepting Nelson's account, having struck out Hook's report, said there was no competing expert evidence opposing X-Ray and Diagnostic's account of the origin of the fire.

In the context of the Civil Procedure Rules, attorney-at-law William Panton submitted on behalf of X-Ray and Diagnostic that Hook's report was not addressed to the court as required by the rules but expressly stated as being "exclusively for the use of British Caribbean Insurance Company and was not intended for any other purpose".

Foster submitted in support of CAC that it was beyond dispute that the rule was framed in a manner to ensure that expert witnesses act as witnesses of the court and not in the interest of parties who may have commissioned the report.

However, he said the fact that an expert has not complied with those requirements is not ipso facto a sufficient basis to exclude it from evidence.

Foster argued that the court must be satisfied that apart from non-compliance with the rules, the expert is incapable of being independent or impartial and could not reasonably discharge his duties to the court.

He further submitted that Justice Jones, without more, concluded that the evidence in Hook's report was biased, not impartial and it would not have been the independent product of the expert, simply because the report was addressed to BCIC.

Justice Panton said "it is ironic that, having not entertained evidence from Mr Hook, the learned judge relied on Mr Nelson's report which paid attention to, and commented on, Mr Hook's report."

In allowing the appeal, he said "a new trial is imperative to allow for the consideration of both expert reports, and a determination made along with the other evidence in the case."