SEC votes to end $1 a share for some money funds 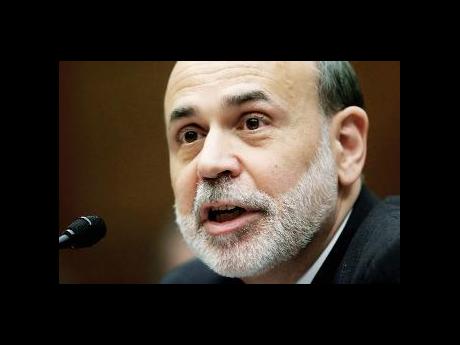 Regulators have voted by a narrow margin to end a long-time staple of the investment industry - the fixed $1 share price for money-market mutual funds - at least for some money funds used by big investors.

The idea is to minimise the risk of a mass withdrawal from the funds during a financial panic.

The Securities and Exchange Commission (SEC), also is letting money funds block withdrawals when their assets fall below certain levels or impose fees for withdrawals.

The new rules were adopted Wednesday on a 3-2 vote. They were opposed by one Democratic and one Republican commissioner.

The fund industry will have two years to comply, a shorter period than the industry had sought. The share prices of the funds involved will be required to 'float', as with other mutual funds. Big institutional investors could lose principal if the value of the shares falls below $1. Individual investors likely won't be affected.

The idea behind adopting floating prices for a portion of the $2.6-trillion money-market fund industry is to remind investors that while the funds are safer than stocks and many other investments, they still carry some risk. Regulators say greater awareness of the risk would reduce the potential for crippling runs on money funds because investors would have acclimated themselves to fluctuating prices.

The SEC action "will reduce the risk of runs in money-market funds and provide important new tools that will help further protect investors and the financial system in a crisis," SEC Chair Mary Jo White said at a public meeting of the five-member commission.

The Financial Stability Oversight Council, a group of high-level regulators that includes the heads of the Federal Reserve and the Treasury Department, has identified money-market funds as a potential risk to the global system.

The decline escalated fears over the safety of money funds and inflamed the crisis. The next week, investors pulled around $300 billion from so-called 'prime' money funds, representing 14 per cent of the assets in those funds. Short-term lending, relied on by companies to pay suppliers and make payroll, froze up as investors abandoned the funds. The Fed stepped in to temporarily guarantee assets of all money funds so investors could be assured that they would be protected from losses.

Daniel Gallagher, a Republican SEC commissioner, said the regulators' action puts the industry and investors on notice that there won't be a government rescue of money-market funds.

"We are taking action to correct any impression of a federal backstop," Gallagher said. The SEC "can't bail out any firm or product".

Gallagher had opposed an earlier SEC proposal that called for money-market funds to hold capital reserves against possible losses, which he said was more suitable for banks.

The new floating-price requirement applies only to prime institutional funds, which are considered riskier. They represent about 35 per cent of money-market funds, according to the Investment Company Institute, the fund industry's trade group.