Problems with wood and water in the land 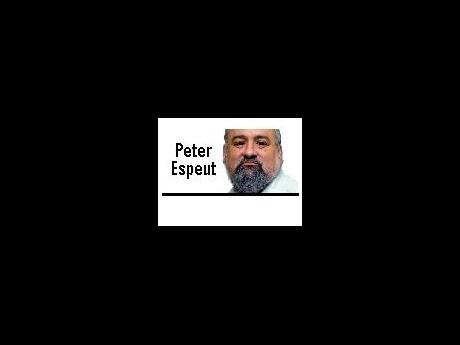 In my first column of the new millennium (in 2001), I predicted that the big issue of the 21st century would be water. As the population increases, we will need more clean water, yet at the same time, we destroy our watersheds for fuel wood and charcoal and to build houses; and we advance the pollution of the little clean, fresh water we have left. On top of this, climate change is deepening, producing extreme weather events (longer droughts and more violent hurricanes). I predicted that if we did not do something soon to protect our water resources, and to increase capture and storage of clean domestic freshwater, we would no longer be either the land of wood or the land of water.

Story come up to bump!

By the 1943 Census, the total population of Kingston and St Andrew had more than doubled to 238,229 (out of 1,237,063 for Jamaica). In 1946, the Mona Dam (with a capacity of 825 million gallons) was built by the colonial government of Jamaica with a grant from the Colonial Development and Welfare Fund, more than doubling the stored water to meet the increasing needs of the KMA.

According to the 2011 Census, the total population of Kingston and St Andrew had much more than doubled again to 662,426 (out of 2,697,983 for Jamaica). No new reservoir has been built since Independence to serve the increasing water needs of residents of the KMA, and none is planned.

I invite you to predict where we will be in 2020! It is egregious lack of planning like this that leads me to continually assert that we really had no reason to celebrate 50 years of Independence, 50 years of mismanagement of our economy and our natural environment.

It is too easy to criticise, and so in the interest of balance, I would like to suggest some solutions.

Maybe it is not possible to build a new reservoir like Mona, since there is no available land on the Liguanea Plain. But maybe we could build another dam like Hermitage in a water-rich parish like Portland, St Thomas or St Mary and convey the water to the KMA.

For those who have never seen the Hermitage Dam, let me describe it. What the Engineering Department of the KSAC did was basically build a 150-ft high 700-ft wide concrete blockade across the upper Wagwater River valley which impounded 460 million gallons of water. There are similar valleys all over eastern Jamaica which could be similarly blockaded. If we can plan Highway 2000, we could have planned Waterway 2000!

At times of heavy rain, the dam becomes full, and the excess river water goes over the lip of the dam, down the spillway, and continues downstream in the bed of the Wagwater River towards the sea. This shows that if there was a larger storage area, the dam could hold more, which would be available in times of drought.

What is worse, today, Hermitage can hold only about 393 million gallons due to silting. Why not regularly dredge the bottom of the dam to maintain its full capacity? That would immediately gain us an additional 70 million gallons of water storage.

Again, I am not an engineer, but common sense would indicate that if we were to increase the height of the embankment around the Mona Reservoir, that would increase its storage capacity. According to my back-of-the-envelope calculations, for every additional foot of height, the reservoir could hold an additional 80 million gallons, more or less.

Peter Espeut is a natural scientist and environmentalist. Send feedback to columns@gleanerjm.com.