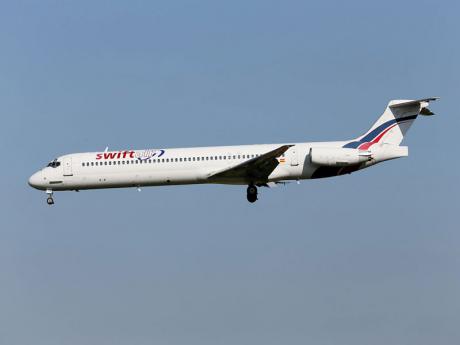 Laurent Fabius says "no trace" of the plane has been found. Two French fighter jets are among aircraft scouring the rugged north of Mali for the MD-83 that was traveling from the Burkina Faso capital of Ouagadougou to Algiers, the Algerian capital.

About half of the passengers were French.

Reports are that the flight disappeared from radar on a flight from Burkina Faso to Algiers, the official Algerian news agency said yesterday.

"In keeping with procedures, Air Algerie has launched its emergency plan," the agency quoted the airline as saying.

The flight path of Flight AH5017 from Ouagadougou, the capital of the west African nation of Burkina Faso, to Algiers was not immediately clear.