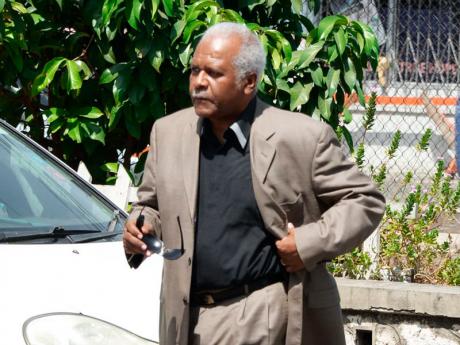 The Reverend Merrick 'Al' Miller arrives at the Corporate Area Resident Magistrate's Court for the start of his trial yesterday. - Ian Allen/Photographer 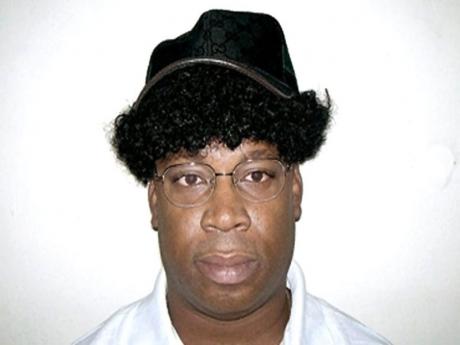 In this image released by the security forces shortly after his capture, Christopher 'Dudus' Coke is seen wearing a wig and spectacles.
1
2

A police sergeant yesterday testified that minutes before the 2010 capture of then fugitive Christopher 'Dudus' Coke, the Reverend Merrick 'Al' Miller led police on a high-speed chase in St Catherine after twice ignoring their attempts to stop his vehicle.

Det Sgt Winston Radcliffe gave evidence that at one point in the chase, his police service vehicle was travelling at 130mph, but still could not keep pace with the popular pastor's "heavily tinted" sport utility vehicle (SUV) with Coke on-board.

Radcliffe said when police finally used their vehicle to force the SUV to stop on the soft shoulder along Mandela Highway and ordered the occupants out, Dudus emerged wearing a black and green peak cap, clear eyeglasses and a black curly wig.

The evidence came as Miller's long-delayed trial for attempting to pervert the course of justice got under way in the Corporate Area Resident Magistrate's Court.

Miller, through his attorneys, has insisted that the police were, at all times, aware that he was taking Coke to surrender to authorities.

Radcliffe's testimony provided a behind-the-scenes look into how the islandwide manhunt ended for the former Tivoli Gardens strongman and convicted drug kingpin, who is now serving a 23-year prison sentence in the United States.

The police sergeant told the court that on June 22, 2010, he got information that led him and a team of three constables to position their police car near the entrance to the Bog Walk gorge in St Catherine. He said a short time later, Miller's RAV4 exited the gorge travelling with a Subaru Impreza motor car.

Radcliffe said his team began trailing the two vehicles before requesting assistance from police control and other units that were in the Spanish Town area at the time.

He testified that another police vehicle, which joined the trail after he requested assistance, was used to block the path of the Subaru, while his vehicle was positioned "about one car length" behind the RAV4, bringing both vehicles to a halt.

"The RAV4 SUV pulled out from behind the Impreza and continued towards the [Highway 2000] toll road. I activated the emergency equipment [the flashing lights] on my vehicle and gave chase," said Radcliffe, as Clerk of the Courts Larona Montague-Williams led him through his evidence.

He said he caught up with the SUV a short time later and used his police vehicle to block its path, forcing the driver to stop.

"Myself and my team alighted from our vehicle and moved towards the RAV4 when I observed the front driver window rolled down and the driver identified himself as 'Al Miller'," the sergeant testified.

He said Miller then rolled the window back up, "pulled away from the service vehicle, drove past it, and headed to the toll plaza".

"We drove on to the highway eastbound towards Kingston in an effort to catch up with the RAV4 that was travelling at a very high speed," the sergeant said, noting that his vehicle was travelling at 130mph, but was still about half a mile behind the SUV.

However, Miller's lead attorney, Jacqueline Samuels-Brown, challenged this claim, suggesting to Radcliffe that there was no second stop.

While conceding that he did not record the second stop in his notebook, the police sergeant insisted that it took place, triggering an exchange with the attorney.

"You know the importance of preserving your notebook for the purpose of a trial, right?" Samuels-Brown questioned.

"I don't know about preserving it for trial. I know about having them for reference," the sergeant responded.

"Where is that notebook?" the defence attorney pressed.

"I have absolutely no idea," the policeman responded.

He testified that a team from the St Catherine South Police, which was part of the chase, later used their vehicle to force the SUV to a stop on the soft shoulder near the "cane cart crossing" along Mandela Highway.

Radcliffe said Coke was handcuffed and placed in a police car, while Miller remained in the driver's seat of the SUV.

The sergeant said he approached Miller and asked why he did not stop when he was signalled to and the clergyman told him "he was taking Coke to the US Embassy as officers were there waiting for him".