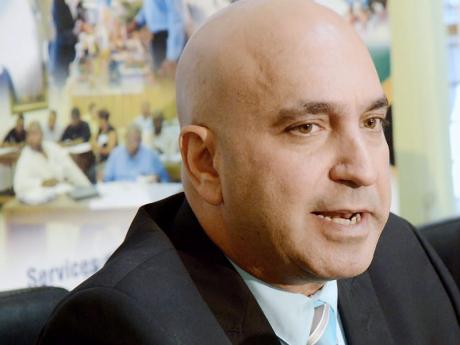 Christopher Zacca, president of the Private Sector Organisation of Jamaica (PSOJ), says his organisation is viewing, with scepticism, the provision in the Tax Collection (Miscellaneous Provisions) Act, 2014, that allows the commissioner general of Tax Administration Jamaica (TAJ) to be able to seize and sell properties to cover tax debts.

The bill, which, along with the Tax Penalties (Harmonization) Act, 2014, is to be tabled in the Senate today and passed in the House of Representatives on Wednesday.

"We are concerned with the provision that gives the commissioner general the right to register a claim in court and have it take the effect of a judgment. We are looking at that. We don't have a definitive position on that, but we would be trying to come to a position in the next 24 hours," Zacca told The Gleaner yesterday.

The Tax Collection (Miscellaneous Provisions) Act allows the commissioner general to issue a certificate outlining the amount owed by a tax debtor, which, when registered in the Supreme Court, would have the same effect as if the certificate were a judgment obtained in the court against the debtor.

Opposition Finance Spokesman Audley Shaw used the floor of Parliament to describe the tax bills as "Gestapo-like" and "unconstitutional", saying they were a breach of the right to due process.

But yesterday, Patrick Atkinson, the country's attorney general, told The Gleaner there was always an opportunity for persons to appeal to the court if they are aggrieved.

While noting that the bill is aimed at tax dodgers, Atkinson said the use of the lien to secure revenues owing to the country comes after the end of a process, which involves persons being established as debtors.

"It is not an assessment process. This is past that when it is shown that these persons owe actual taxes, either because they have gone through a process through to appeal or by their own admission as a result of the returns they have filed," Atkinson said.

He said it would be "chaos" if the commissioner general was required to take all the matters involving tax debts before the court.

"To suggest that in every case where the commissioner seeks to recover a debt he must take it to court, the Supreme Court will be overladen with every single tax debtor that exists in this country," Atkinson had said during the debate on Wednesday. "Can you imagine the chaos that that would cause?"

During the House debate on the bills, Finance Minister Dr Peter Phillips said the level of tax delinquency was too high and that there has been a culture of tax evasion and avoidance on the island.

He said 27 per cent of businesses with sales of $1 billion or more do not file tax returns and 21 per cent of them do not pay taxes which are due.

"The court system would buckle under because there are thousands and thousands of them," Atkinson said in relation to delinquents, while arguing that it would not be practical for TAJ to take all debtors before the courts.

Meanwhile, Zacca yesterday told The Gleaner that "it is clear that there is an urgent need for tax collection in Jamaica".

"Our problem of tax evasion is chronic and causes the rest of us - the people who are paying taxes - to pay higher taxes as a result." said Zacca, while noting that this is the main reason new laws have to be passed to strengthen the powers of the TAJ.