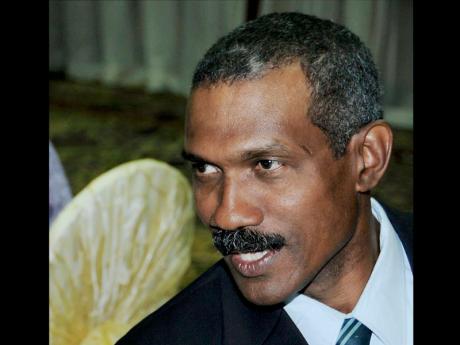 AS dwindling rainfall and water lock-offs threaten to undermine some businesses and exacerbate the discomfort of increased temperatures, fuelling tempers, Government is moving to have the latest water policy completed.

The policy, currently a 53-page draft document, is considered the road map for protecting Jamaica's water resources in the face of new climate realities, including droughts, and the need to address wastewater as a critical, usable resource.

"We have had consultations, formulated our feedback from the consultations, and have taken on board the relevant ones. We have documented them and have asked the consultant who is assisting us to adjust the document accordingly," chief technical director in the Ministry of Water, Land, Environment, and Climate Change, Colonel Oral Khan, told The Gleaner last week.

"There are two documents really - the water policy and the rural water-sector development strategy. There is a little bit more work to be done on the second document. But we should hear back from them very soon. Then we would prepare a brief for the minister [Robert Pickersgill] and he will decide when to take it to Cabinet," he added.

Head of the Water Resources Authority (WRA), Basil Fernandez, said especially important are the set of accompanying policy action plans, which will, among other things, prove essential to bolstering the island's preparedness for droughts.

"In the existing policy that we have [done in 1999 and updated in 2004], a series of action plans were done and when that policy went out, a lot of multinational companies saw the policy, saw the action plans and gave us a lot of funding," Fernandez told The Gleaner on Tuesday.

He anticipates a similar fate for the new policy, once completed.

The WRA boss added that there are already some encouraging signs.

"I recently went to two meetings - one with the Inter-American Development Bank and the other with the Caribbean Development Bank (CDB), both of them in Barbados. At both of these meetings, what they asked us to present were our challenges and where we think they should prioritise their expenditure in water and in sewage," Fernandez disclosed.

"A team from the CDB is arriving in the island for meetings this week and one of the things we are looking at is the desilting of the Hermitage dam. CDB might be willing to assist with that. They are working on desilting a dam in St Lucia - the John Compton Dam - so they are looking at how they can fill some gaps and get us some funding," he added.

Water levels for Hermitage dam, which helps to supply Kingston and St Andrew with water, were down to 21 per cent up to May.

Meanwhile, key achievements from the existing policy and action plans include:

1) the development of a memo-randum of understanding on water quality to reduce overlaps between the number of agencies and reduce cost to the Government;

2) the development of an integrated water resources framework for Jamaica; and

3) water resources assessments in certain areas of the island that have informed the work of the National Water Commission (NWC) and the National Irrigation Commission.

As for the new set of actions to accompany the policy, he noted that work should be completed by year end.

Jamaica has been experiencing lower-than-normal rainfall levels in some parishes, with the prognosis none too positive for the next several months.

Between January and May this year, the island recorded 590mm of rainfall, four per cent less than what is normal for this time of the year, the Met Office's Rainfall Summary Report for May revealed.

In May - one of Jamaica's peak periods of rainfall - five parishes recorded below normal rainfall, with Clarendon the worst affected, followed by Manchester, St Mary, St Thomas, and Portland.

And as rainfall has dwindled, water restrictions by the NWC and the water ministry have had to be scaled up.