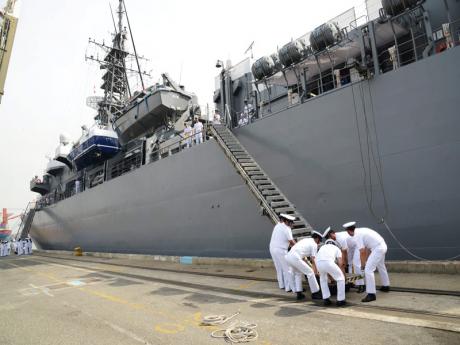 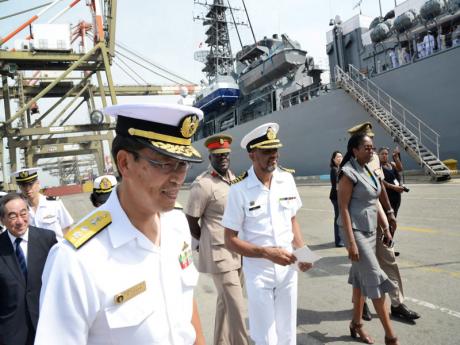 THE JAMAICAN Government is hoping to strengthen its diplomatic relations with the Japanese government following the visit of the Japan Maritime Self Defence Force Training Squadron earlier this week.

The visit, which saw the arrival of three maritime vessels on Monday, is in celebration of the 50 years of diplomatic relations between the two countries.

Minister of State in the Ministry of Foreign Affairs and Foreign Trade, Arnaldo Brown, noted that the visit was a sign of strong partnership between the two countries.

"It will be recalled that Prime Minister (Portia) Simpson Miller met with Prime Minister (Shinzo) Abe in Tokyo last November and held discussions on issues of interest which will lead to further strengthening of our bilateral partnership and greater collaboration at the multilateral level," he told the gathering at a welcome ceremony held at the Kingston Container Terminal in Kingston on Tuesday.

He added: "The vessels here today signal a commitment of our relationship as well as an indelible reference point of this 50th year of our establishment of diplomatic relationship."

Japan's Ambassador to Jamaica, Yasuo Takase, endorsed the minister's statement, saying that he hopes to enhance the relationship between the two countries.

"We have programmes such as the JET (Jamaican Exchange and Teaching programme) which has been assisting thousands of students, and we plan to continue this. It has been 50 years, and we hope we can achieve more as we go forward," he said.