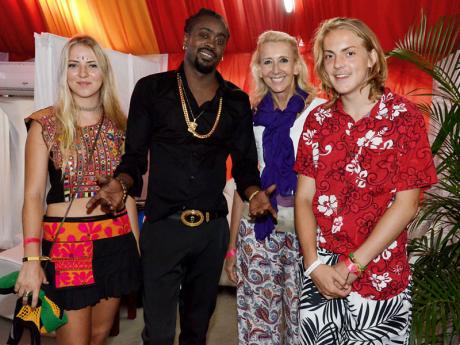 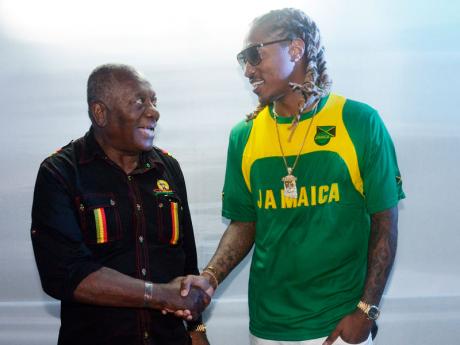 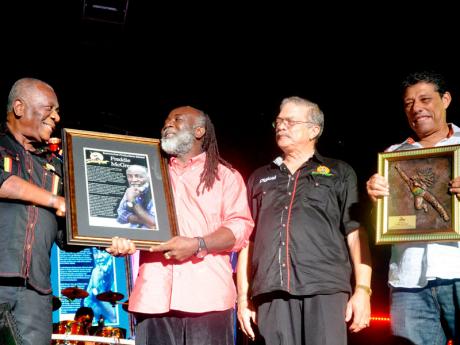 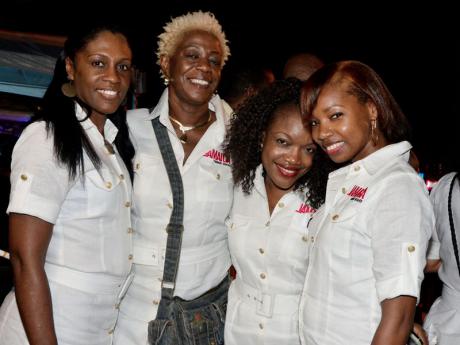 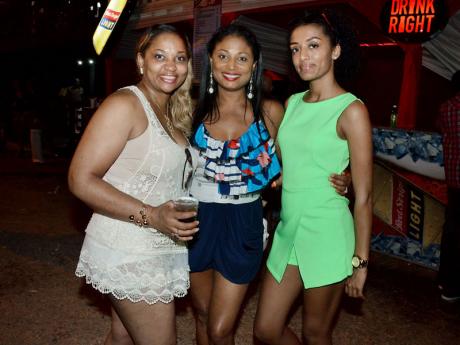 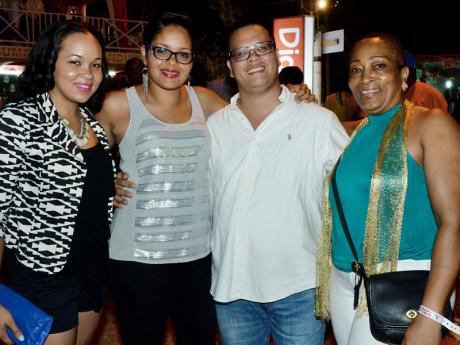 The fab group of Danielle Lee, her sister, Janielle Lee-Chue and her husband Rupert Chue, and aunt, Sharon Haughton.
1
2
3
4
5
6

For his outstanding contribution to the Jamaican music industry, the legendary Freddie McGregor was recognised with the 2014 Reggae Sumfest award by directors of Summerfest Productions, organisers of the greatest reggae festival on earth.

McGregor's Big Ship was one of many sailing on the reggae event's 'ocean'. The stalwart, who for more than 50 years effortlessly synergised the power of his voice with the magnetism of instruments, shared the festival's spotlight with the likes of 'The Voice's' Tessanne Chin, Sean Paul, the consummate entertainer, Beenie Man, and the artiste dressed in his night wear, Wiz Khalifa, at the 22nd staging of the event.

The American rapper Wiz Khalifa, although shabbily attired, with expletives written all over his vest, was surprisingly good, clear, and well-received.

The other star performers who delivered on the expectations of the audience included I-Octane, who deserved to close the show on Dancehall Night; and Sanchez, who made a mountain out of a mole hill, on International Night 1 by walking off the stage during his performance; and Chronixx, who made his arrival and presence felt by maintaining a good set.

As exciting as the happenings on the main stage were, the excitement inside the booths across the ground were not to be outdone. The VIP booth shared by beverage giants Pepsi and the official beer of Sumfest, Red Stripe, rocked.

Numerous patrons were able to view the night's performances from inside this elevated booth in comfort and fine style. Situated at the back, it could be spotted from anywhere inside the venue.

At the same time, the queen of comedy and emcee extraordinaire Miss Kitty had the audience in stitches as she rocked Digicel's small stage.

The Gleaner Company, for their 180th anniversary, had a booth that buzzed. It was probably the most visited booth with everyone who stopped by being able to make their own front page.

If there was a best booth award, it would have to go to Iberostar. They partnered with one of the best decorators in the country - Thai Flora Luxe to transform their booth into the lobby of Iberostar Grand - comfort personified. The Jamaica Tourist Board was literally selling Jamaica decked out in their black, green and gold. This year's Reggae Sumfest really proved why it was the greatest reggae show on earth.