No Sumfest without sponsors 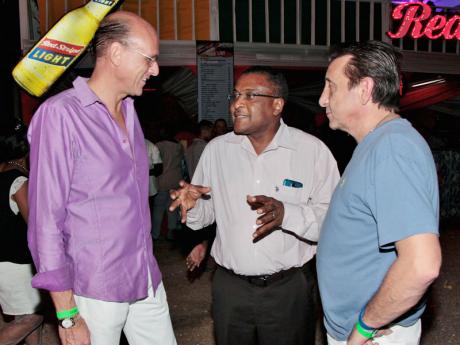 With an expense budget running approximately J$180 million to stage the world-acclaimed Reggae Sumfest, its deputy chairman, Robert Russell, has admitted it would not be possible without the support from corporate hands.

"Without sponsorships, we could not stage the festival. It is too costly to produce and we could not expect returns from the gate receipts only," said Russell. He added that corporate Jamaica gave tremendous support for the 2014 staging of the festival.

Sponsors such as the Jamaica Tourist Board (JTB) and the four-year-old Secrets Resorts and Spas have forged a relationship with Reggae Sumfest over the years.

"We have always felt that Reggae Sumfest, being an authentic Jamaican event, is in keeping with our corporate identity, and we will, therefore, continue in our support of the festival and, by extension, Jamaica", stated Secrets General Manager Emilio Huhn.

Said Russell: "Secrets, Iberostar, the JTB, Pepsi, Red Stripe and many others have been our major sponsors, and we are grateful to them all."

"It is our belief that both Jamaica and Reggae Sumfest deserve our support," Huhn reasoned.

And newly appointed director of tourism, Paul Pennicook, said the JTB was pleased to be associated with Reggae Sumfest, which has become a signature event on the annual events calendar.