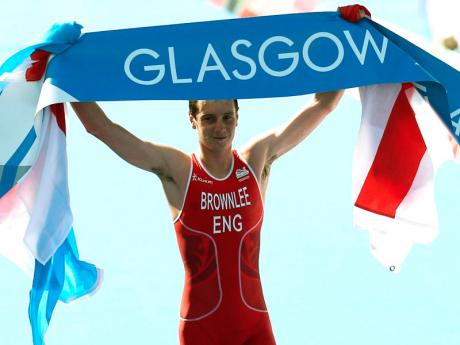 No surprises so far at the Commonwealth Games: Traditional powers England and Australia dominated the first day of competition yesterday, and an Australian Women's Relay team set a world record in the pool.

England picked up six gold medals - including both in triathlon - and Australia added five, including two in track cycling.

Australia's 4x100-metre Freestyle Relay team eclipsed by nearly three-quarters of a second the mark held by the Netherlands from the 2009 Rome world titles.

Emma McKeon, a member of the relay team, won her second gold of the day - she earlier finished first in the 200 Freestyle.

"I knew the Australian team could break it, but I wasn't thinking when," McKeon said.

Scotland, buoyed by the home crowds, picked up four gold medals, including swimmer Hannah Miley in the 400 individual medley and Ross Murdoch in the 200 breaststroke.

Here are other highlights yesterday:

DOUBLE GOLD: In triathlon, brothers Alistair and Jonathan Brownlee were one-two in the men's race, while Jodie Stimpson won the women's. Stimpson hired a new coach - Australian Darren Smith - after she was left off the British team for the 2012 London Games. "I was devastated to miss a home Olympics," Stimpson said. "I changed coaches and it did wonders."

ROYALTY IN THE HOUSE: Field hockey players were surprised to see Queen Elizabeth II and her husband, Prince Philip, show up to watch two morning matches. She greeted the Australian women after their 4-0 win over Malaysia, then watched England beat Wales 2-0. Wearing a bright green dress with blue detailing, the Queen, who officially opened the games on Wednesday, also met volunteer staff. Later, Australian player Jayde Taylor tweeted a photo of her and another player with the Queen in the background. "Ahhh The Queen photo-bombed our selfie!!" Taylor wrote. By late Thursday, the tweet and photo was retweeted more than 9,500 times and favoured by 8,200 people, and counting.