'Come see me at Caymanas' 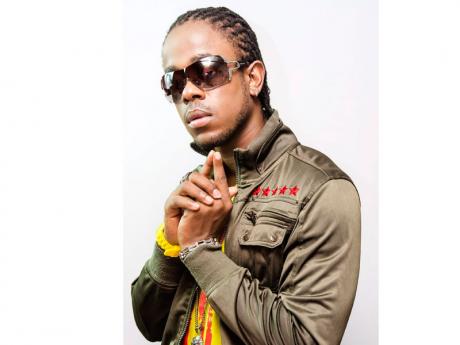 On a high after a successful solo appearance on Reggae Sumfest's Dancehall Night, Kalado follows Alkaline, Spice, Tifa, I-Octane and Busy Signal as dancehall acts at the races.

"This will be my first performance since Sumfest, so all who couldn't afford to see me in Montego Bay can come to Portmore and meet me at Caymanas Park," said the artiste whose breakout Make Me Feel is bound to have fans singing along.

"I've never been there, but I have jockeys over there who I grew up with, like Davidan Robinson, from the Molynes, Four Roads area," he said.

Kalado also pointed out that another popular jockey, Prince 'Daggerman' Holder, a dancer before entering jockeys' school, has appeared in two of his music videos.

"Daggerman is in two of my videos, Provide Mi Own and Sex Mi Mind Deh," he added.

Kalado rose to prominence over the last four years as a member of Bounty Killer's Alliance movement. However, similar to Sumfest, he won't be appearing with any Alliance member on Saturday.

"I won't travel with any Alliance member, just my team of people. I know it's a different type of crowd and I am looking forward to come and do my best," he said, naming Personally as "the song that's mashing up the place".

"Dancehall Night was great overall. Even now feedback is still coming in. Bring Life, Make Me Feel, and Pree Money and Gyal earned Kalado forwards at Sumfest and he is out to bring the house down at Caymanas Park.