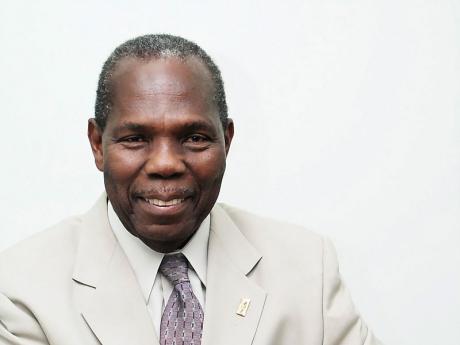 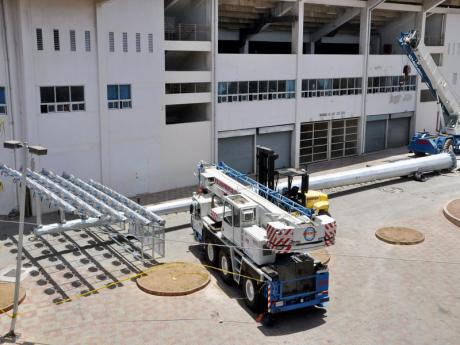 Work in progress at Sabina Park on Monday, July 21 to install floodlights at the island's premier cricket venue. - Jermaine Barnaby/Photographer
1
2

Desmond Malcolm, general manager of the Urban Development Corporation (UDC), said he is confident that the July 31 deadline for the conclusion of the light installation project at the Sabina Park cricket ground will be met.

Malcolm told The Gleaner on Wednesday that the installation project has been progressing well and that they are on course to meet the monthend deadline.

"July 31st is the date indicating that we will have commissioning of the lights, meaning that the lights will be ready for use," said Malcolm.

"The work is progressing in accordance with plans," he said. The venue is scheduled to host three matches in Caribbean Premier League (CPL), which will involve the hosts Jamaica Tallawahs, the first of which is to be played on July 31.

However, Malcolm added that this will have not affect the progress of the work at Sabina Park because the workmen will have limited access to certain areas of the venue in the build-up to the games.

"We do have some matches that are going to take place on the 31st, the second and third (of August), and the fact that these matches are going to be held, there will be limited access to the playing area," Malcolm pointed out.

"There will be some restrictions for our workmen to be on the field three days prior to July 31. We are, however, hoping and we are assured that the lights would be available at Sabina Park on July 31," said Malcolm.

"We have two lights already up and another one will be up tonight (Wednesday), then we will have another one up soon after," he said.

The installation of the floodlights at Sabina Park was being rushed to meet the July 31 start of Caribbean Premier League cricket matches at the venue. However, floodlights will not be needed for this year's matches as reigning champions, Jamaica Tallawahs, will play their three home matches during daytime hours.

The first, a match-up against Antigua Hawksbills, will be played on Thursday, July 31, beginning at 2 p.m., while the second, featuring last year's beaten finalists, Guyana Amazon Warriors, is set for Saturday, August 2 at 11a.m. The third and final game against the Barbados Tridents is scheduled for Sunday, August 3, also at 11a.m.

The work, which began in April, started after the Government received a grant of US$2.1 million from the Indian government. The FosRich Group is the contractor for the project. FosRich has been working along with Philips Lighting, a global firm that has strong ties in Europe, Asia and South America; and local company Tank-Weld Metals.