Doctor's Advice: Are my orgasms too far apart? 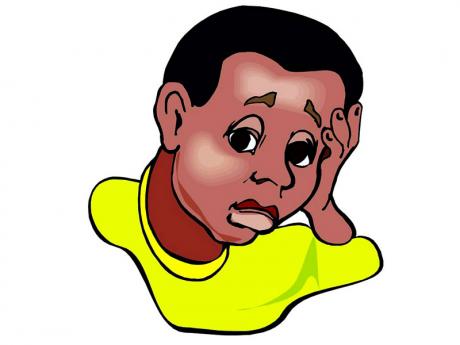 Hello, Doc. I am a guy of 20, a student, and I am deeply worried that I may be losing my nature. My problem is this: when I have sex, I cannot manage it again for at least two hours.

My girlfriend says she does not mind, and claims that she is quite happy with me as I am. But can I believe her?

So please, help me, Doc. Is my virility slowly diminishing? Would vitamins help me?

Please stop fretting. You are getting yourself into a state of worry about nothing.

But has it never occurred to you that people who make films and videos have what are called editing breaks? In other words, they stop filming for a while, and then return to it some hours (or even days!) later. So when you see an actor appear to orgasm twice in five minutes, the fact is that the two climaxes were really separated by a long interval of time.

The famous American researcher Dr Kinsey studied the question of repeated orgasms, and he found that, in general, it was only young teenagers who could climax twice in an hour or so. A few adult males can do that - but not many.

It is a medical fact that the ability to have repeated orgasms gets gradually less as you grow older. This is nothing to fret about. And you don't need to take vitamins.

You say that your girlfriend has stated that she is quite happy with your sexual performance. So please believe her! As a rule, women are not all that interested in how soon a guy can do it again.

I get bad period pain. And I have discovered that if I have an orgasm, that eases the agony for a little while.

Is that a normal thing, Doc? And would I be harming my health if I use this method to treat my pain?

Quite a lot of research has been done on this, and it has been shown that many females do find menstrual pain a little easier if they have an orgasm. But the effect does not last for very long.

I hope you are getting some medical treatment from a doctor. Possibilities include:

Hormones - including the Pill.

Frankly, no young woman should have to put up with severe menstrual pain these days.

Doc, I am male, 22 years old, and still a virgin. But I have now acquired a lovely girlfriend, who says she will be willing to have sex with me, once she has got herself 'established' on the Pill. I have not told her I am virgin.

But will she be able to guess that I have never had sex before?

Very possibly - depending on how much experience she has.

But does it matter? She may be quite happy about the fact that you are new to sex. Quite a number of females like the idea of 'initiating' a young male into sexual intercourse.

In my view, it would be rather deceitful to pretend to her that you have had sex, when in reality you are a virgin.

Doctor, I am a sexually active young woman, with one child. This was due to a bad mistake I made when I was 16.

Now I am in a good, happy relationship with a guy who is slightly older than me. I am thinking of trying that IUD.

But is it true that it hurts the man badly when he has sex with you? And does it have any other side effects, please?

Well, the IUD (the intrauterine device, otherwise known as the coil) is a good method of contraception. It is not quite as effective as the Pill, but it suits a lot of women, of all ages.

Now, it is not true that it causes great pain to the guy. This is a myth. But like a lot of myths, it has a slight basis in truth.

You see, the myth has remained because of two facts:

The IUD has either one or two little threads, which hang down into the vagina. They are there so that a doctor or nurse could remove the IUD when necessary - by tugging on the threads. These threads do sometimes give the male partner a 'tickling' sensation during sex. Most guys actually like this. But very occasionally, a sharp thread keeps jabbing the tip of the man's organ, and that can pain him. The remedy is simple; the doctor just shortens the thread with scissors.

Also, IUDs can sometimes start falling out. If that happens, the male might well feel this hard device as it comes down from the womb into the vagina. Please note that if the IUD appears to be falling out, you should not have sex - because you won't be protected against pregnancy. You should go to a doctor to have the IUD removed, and maybe have a new one put in.

Now you ask about side effects of the IUD. The commonest ones are:

There are a few other problems with 'the coil', including the fact that it is not good at preventing ectopic pregnancies (that is, pregnancies in the Fallopian tube). So if you are ever 'overdue' while using the coil, ask a doc to check you for ectopic pregnancy.

In 1961 it was announced by the National Water Commission that there was only a one-month supply of water available in the drought-stricken Corporate Area. Jamaica is no stranger to droughts. diGJamaica shows how droughts have affected the island over the years. Read more here: http://bit.ly/WHuvxA