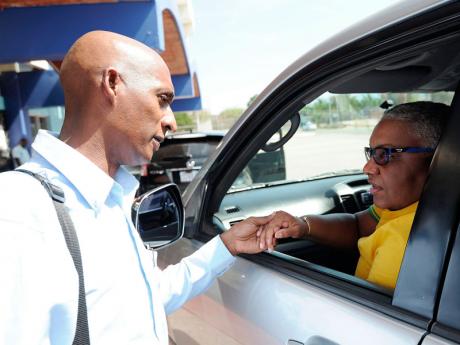 GLASGOW, Scotland:Netball Jamaica president, Marva Bernard, admits that there is a lot riding on a successful Commonwealth Games campaign for the Sunshine Girls, who are looking to stop a skid, with a medal here in Glasgow.

Jamaica has won one medal at the Commonwealth Games - bronze in 2002, and are desperate to return to the podium after a spell of so-so results that followed a 70-47 walloping from England in the bronze medal play-off four years ago at the last instalment in Delhi.

Bernard, who hailed the team's cohesion and depth, believes Jamaica is in prime position to finish in the top three here, underlining the work done by her administration to prepare the team for its latest assault.

"This is our Olympics and we are not taking it lightly. A tremendous amount of work has been done; a lot of work is being done, a lot of individual feedback, coaching and hard work are taking place right here but we have all worked hard. We have given them the opportunity to do well at these games," said Bernard.

The Jamaicans started their competition with a 88-24 win over St Lucia before beating Northern Ireland 65-33 last night. They spent yesterday morning scouting the game between their Pool rivals New Zealand and Malawi

"I've been around teams from the first Commonwealth Games showing that we had in Kuala Lumpur and this is by far the most cohesive unit I have seen; the balance is certainly there," Bernard added. "Kasey Evering is back and happy. She has fused in with the team. She is obviously happy to be here and be a part of the unit, so we expect that together they will make all magic for our country.

"All of our players except Jhaniele (Fowler-Reid) have won medals for our country at some level, but she has also done us very proud with her professional stint. The senior ones take care of the younger ones and they blend very well.

There is a quiet confidence and support that they are giving to each other and it's something that I hope will translate on the court," added Bernard.

Only Australia, New Zealand, England and Jamaica have won medals in netball at the Commonwealth Games.