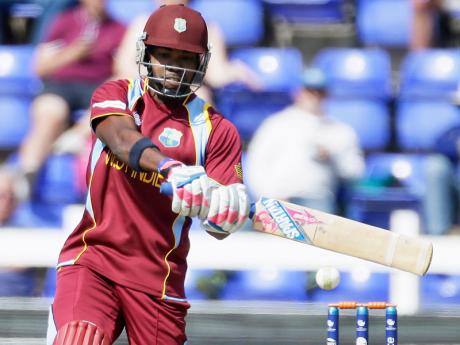 PORT OF SPAIN, Trinidad (CMC):Darren Bravo smashed a six off the final delivery of the game to lift Trinidad and Tobago Red Steel to a sensational four-wicket victory over Guyana Amazon Warriors, in a thrilling encounter of the Caribbean Premier League here late Thursday night.

Chasing 180 for victory, Red Steel found themselves requiring nine runs from the final over sent down by Guyanese speedster Ronsford Beaton.

He managed to restrict Bravo and Jason Mohammed to just three runs off the first five deliveries, leaving Red Steel with six to get from the last ball.

Bravo then delivered in a big way, smashing a length ball from Beaton over mid-wicket for a huge six, to emphatically end the game.

It was the ideal end to a high-octane contest at Queen's Park Oval, which lurched this way and that.

The left-handed Bravo finished on 69 not out while his older brother and captain, Dwayne Bravo, slammed an equally up-tempo 67, to bolster Red Steel's innings that floundered at one stage at 13 for three in the fourth over.

They lost Kevin O'Brien for four in the first over, bowled by left-arm seamer Krishmar Santokie with the score on five and were in strife the following over when left-arm spinner Veerasammy Permaul trapped Ross Taylor leg before wicket without scoring, with just one run added.

When opener Kennar Lewis holed out to Christopher Barnwell in the deep for three in the fourth over, Amazon Warriors were fancying their chances of running away with the game.

But the Bravo brothers arrived to transform the contest, in a superb 131-run, fourth wicket stand that put Red Steel within reach of victory.

Nicholas Pooran did nothing to ruin his reputation with two sixes in a nine-ball 16 that kept the run rate up but when he was taken at mid-wicket by Lendl Simmons off Santokie in the penultimate over, Red Steel were still 13 runs adrift. Darren Bravo, who paced his innings superbly throughout, then chose the right time to shine.

His performance overshadowed captain Denesh Ramdin's 84, which underpinned Amazon Warriors' 179 for four off their 20 overs.