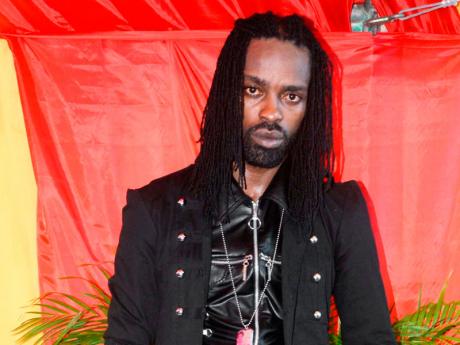 Ryme Minista will be featured along with other acts, including Popcaan, Romain Virgo and Kalado. Other performers who are set to grace the stage are Jabez, Miguel Antonio, Joan Flemming, Grandpa Entatain and Ity and Fancy Cat.

The stage show begins at 6 p.m.

The culinary focus of the day's event will be 'everything jerk' and so a wide array of jerk dishes, including pork, chicken, fish, lobster, among others, will be on sale. The festival will feature for the first time, a special Maroon ceremonial opening, led by Colonel Charles Lumsden of the Charles Town Maroons in Portland, followed by the blowing of the Abeng to officially open the festival at midday.

Patrons will also be treated to a demonstration of jerk the way it was originally prepared by the Tainos and then passed down to the Maroons.

The Celebrity Chef Cook-Off gets under way at 1 p.m., and will see attorney-at-law Paula Kerr-Jarrett; former minister of tourism and member of parliament for East Central St James, Edmund Bartlett; chairman of Pier One, Robert Russell; and state minister in the Ministry of Investment, Industry and Commerce, Sharon Fflokes-Abrahams, competing for top honours.

Tickets are available at a cost of $800 presold and $1,000 at the gate for adults. Children under 12 will enter free. Ticket outlets are Fontana Pharmacy and El Paso Records.