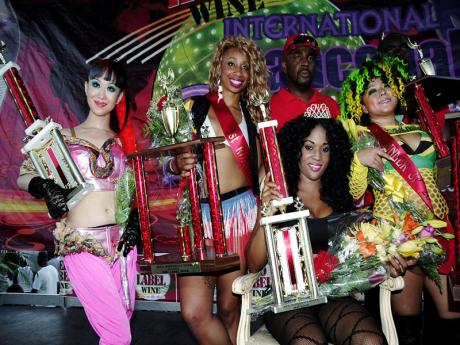 The Big Head Promotions event, which is in its 18th year, will be held at the party central, Pier One Entertainment Complex, on Saturday, August 2.

Contestants will be vying for more than $1 million in cash and prizes. They will be showing off their moves to the latest dancehall music in a bid to woo the judges and the audience. The winner will get an opportunity to travel across Jamaica and the globe, in a bid to showcase her skills and the dancehall culture to the world.

Already, the Second City is abuzz with talk of where the crown may end up this year, especially since it has been won by participants from Japan, Canada and the United States (US).

So far, the countries confirmed to have representatives are South Africa, Japan, Slovakia, Poland, Sweden, Spain, and the US (multiple states), as well as several Caribbean islands.

"A safe and secure environment will be ensured, with adequate security and safety procedures adhered to, as stipulated by the parish council and the Jamaica Constabulary Force," promoter of the event, Brian Martin, said.

"You can expect to have a nice time and see a peaceful staging of the show, as the vibe and setting will be just right as we celebrate Emancipation weekend dancehall queen style," he added.

For those unable to attend this year's event, the show will be streamed live at www.internationaldancehallqueen.com. Meanwhile, in its continued safe-sex and healthy lifestyle promotions, a major feature at the show this year will be the offering of HIV testing and counselling by the St James Health Department. International Dancehall Queen continues to support the Ministry of Health annually as well as assist students with their tuition fees.

A welcome party for all the contestants will be staged at the Pier One venue on Thursday, July 31 at 9 p.m. Applications are still open and interested participants may apply by calling 783-5141, or visiting Bighead Clothing, Shop # 14, Westron Plaza, Montego Bay. Prospective participants must be 18 years of age or older to enter.