'The Goodies on Her Tray' reflects on women's issues 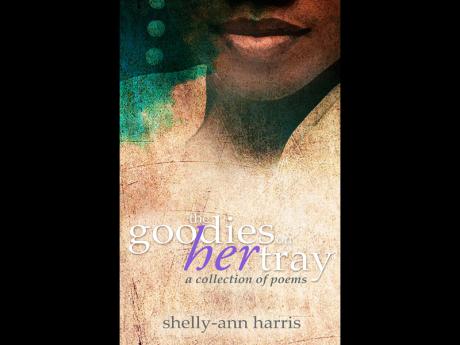 Poetry is the most intricate way of writing, and according to Shelly-Ann Harris, writer of the book The Goodies on Her Tray, she loves to express herself this way as it takes a lot of dimensions to ensure the message conveyed in the poem is concise and intricate.

Shelly-Ann Harris has been writing poetry for more than 20 years and her work has been published in the literary sections of several newspapers, which at different times were coordinated and edited by the late Wayne Brown.

She felt compelled to write her latest compilation because of her innate desire to empower women in different ways. "I am sensitive to women's issues and for the empowerment of women. Women are special and they need to understand that they can achieve whatever their hearts desire," Harris said.

Harris is a director of the Women's Resource and Outreach Centre and also assists women through outreach programmes at her church. Her book, she said, captures the mysteries of a woman's experiences, good and bad, and shares a variety of experiences in these areas.

The 48-page book will be officially released on Amazon over the Independence weekend, and according to Harris, it should serve as a tool of reflection for her readers during that period as well.

"It is therapeutic with social commentary and satire. It is good motivation and always gratifying when I complete my work. My writings are normally written over a period of time and I tend to make changes along the way. I am not satisfied until I have the right product," Harris said.

A winner of several writing competitions, Harris was the Red Bones Poet of the Year in 2008, third-place winner for International Society of Poets competition in Las Vegas, 2007 and award recipient in the Jamaica Cultural Development Commission's Creative Writing Competition.

She has appeared on various television programmes in Jamaica including Lyrically Speaking, produced by the Creative Production and Training Centre in Jamaica and Jamaica Magazine, produced by the Jamaica Information Service. A Jamaican with a world outlook, Harris, although sensitive to women's issues, she is also culturally aware of Jamaica's history, relationships, and matters of the spirit.

Recently, Harris was also recognised by the Jamaica Cultural Development Commission for her play titled Extradition Request. "It plays over the Dudus development and takes it into a different context," Harris said.

A vein, swelling, cracks her forehead

as his bark quakes her frame

Tears are scarce these days;

her wishing well has dried up;

the dunes of her hope no longer heave;

Still she endures, hiding in

In his framed certificates on the wall,

The respect with which they speak his name.

At the eclipse, when his jackal hands

punctured the promise of contrite

lips with blizzards of temper,

she yearned for the balm of sunlight.

Later, when the tempest waned,

she gathered her debris,

laid her burnt offering beside him,

At daybreak now she conjures a smile.

The frying pan's black with heat

But the eggs are seared soft and

The coffee's boiling: the usual treat.

He eats, licking the corners of

Her sacrifice. Her make up's mirage

Masks her remorse. His kiss

Is as light as rose petals.