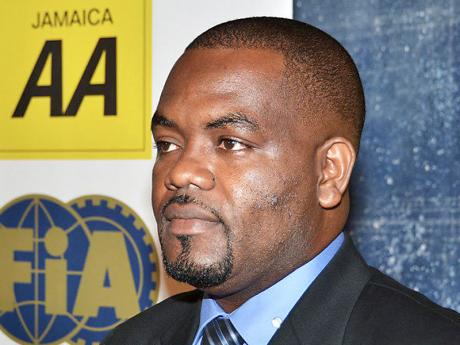 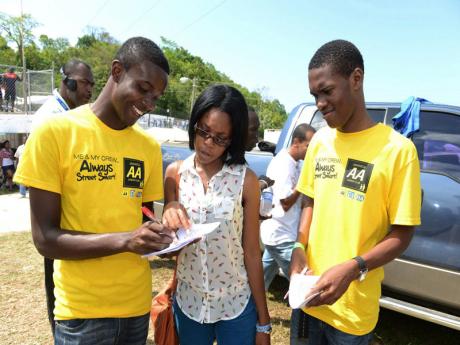 Two JAA Junior members flank a female patron at an event held at Dover Raceway in St Ann recently. Student members of the JAA Junior Club will participate in the Long Short Walk for Road Safety on Sunday, August 3, at the Emancipation of Speed Race Day at Dover Raceway. - Contributed
1
2

Motor racing fans at the Dover Raceway in St Ann will be part of history when they witness the first Long Short Walk for Road Safety in Jamaica. It will be held at the Emancipation of Speed meet on Sunday, August 3.

The walk, a campaign initiative of the Commission for Global Road Safety, is being organised in a number of countries around the world by road-safety stakeholders to highlight the need for improvement in pedestrian protection and generally better road-user behaviour.

"The event, which is expected to include a number of local road safety stakeholders, is being held to raise awareness about major road-safety issues that are currently affecting Jamaica," said Duane Ellis, general manager of the Jamaica Automobile Association (JAA).

Data from the National Road Safety Unit indicates that up to July 18, fatal crashes and fatalities increased by 15 per cent and 12 per cent, respectively, when compared to the same period in 2013.

"We have decided to host this activity at the Dover Raceway, where there is a captive audience of people who are interested in motor racing but who must also be aware of the risks associated with driving at high speeds," Ellis explained. "The Long Short Walk will help us to emphasise the importance of safe road use and risk reduction by our motorists."

The activity is being organised by the JAA in association with JN General Insurance Company Limited; the JNBS Foundation, through the JAA Junior Clubs; and the Jamaica Race Drivers Club. It is a continuation of the association's Safe Driving Saves Lives road-safety campaign.

Ellis pointed out that race meets such as the Emancipation of Speed are also an important opportunity for intrepid drivers to observe the major safety precautions that are taken by professional drivers who race on the circuit.

"Race drivers have very rigorous safety procedures that they must adhere to in competition, and we believe this needs to be explained to drivers who may consider participating in dangerous driving behaviour on roadways," Ellis pointed out.

It is projected that the Long Short Walk event will attract more than 200 participants, including members of the JAA Junior Club and JN Foundation Act!on volunteers.