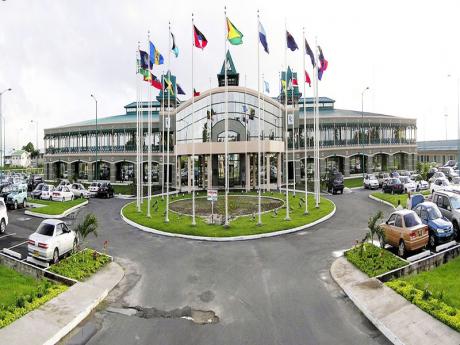 When CARICOM Heads of Government met in Antigua earlier this month they had held a "frank and enthusiastic" exchange with selected leaders of industry and commerce.

Who was present, whether this included the organisations that represent the region's leading economic sectors, or how those present were selected, was not reported; but the objective, CARICOM suggested, was to encourage their involvement in stimulating growth and buttress the desire of heads for greater private-sector investment, public-private partnerships and an improved business environment.

Much of the discussion revolved around the vexed issue of what is known as the enabling environment - the ease of doing business free from regulatory and other constraints - with the business representatives arguing that without governments improving this, it would be hard to unleash entrepreneurial energy, seek out new opportunity and encourage greater pan-Caribbean economic activity.

According to the communique, heads "remained committed" to creating such an environment, and encouraged the business leaders to invest in agriculture and energy, as well as to give serious consideration to establishing a Caribbean Private Sector Investment Fund.

How realistic or deliverable any of this is, let alone whether those present truly believe in the commercial viability of such solutions, or are in any position to deliver, given the extraordinary constraints of operating in the CARICOM business environment, is far from certain.

Unfortunately, without dramatic government reforms and an end to economic nationalism and protection, the probability is that most Caribbean governments are unlikely to ever create the open enabling environment for Caribbean entrepreneurs that might turn countries into future equivalents of Ireland, Iceland Singapore or even Mauritius.

Most of the region is still not at the starting point for dramatic private sector-led growth. The tiny 5.5 million English-speaking market remains at different levels of development; the private sector largely consists of micro-enterprises; without contiguous borders and poor transport links there are better opportunities for productive investment outside the region; infrastructure, extractive industries and tourism depend on external investors; poor educational standards and a lack of global competitiveness hold the region back from developing newer service- oriented industries; and there continues to be a disinclination to focus on, defend and support in every way possible those sectors where the region could have a future comparative advantage such as tourism, rum and the creative industries.

For these reasons and the region's failure to create an executive mechanism that might bring into being a genuine single market and economy, the parts of the Caribbean private sector that might be in a position to help engineer regional growth have largely moved on. They have become bottom line and shareholder centric, and as with modern business everywhere, largely deaf to the rhetoric of government.

They have also recognised that future opportunity lies wherever it may be: think Sir Kiffyn Simpson's investment in up to 40,000 acres of Guyana's Upper Essequibo region to produce rice, corn, soya, cow beans, guar and bamboo for export; or GraceKennedy's US$26 million recent acquisition of La Fe Foods Inc in the US; or Vicini's investment in steel production in Trinidad through Metaldom. These companies and others have already embraced the fact that globalisation, private equity or deals that leverage tax advantage represent the future.

Despite this, the theme of the Caribbean private sector delivering change has become of such significance that almost every single academic paper of note on the
regional economy acknowledges its central future
role.

In his stimulating paper on convergence
published by UWI in 2013, and interestingly soon to be published in
China, Winston Dookeran, Trinidad's foreign minister, notes that future
development in the region requires not just partnership across what he
describes as the whole Caribbean sea space but also between the public
and private sectors. He believes that this requires inclusiveness and
cooperation emphasising equality and equity. Central to this regional
space, he suggests, is aligning the logic of politics (inclusiveness,
cooperation) with logic of economics (production integration,
competitiveness and distribution).

In a similar way in
his recent book Globalisation, Trade, and Economic
Development, Ambas-sador Richard Bernal makes clear that any
new private sector-led approach will take place against the background
of a dramatically changed global environment. "The extreme globalisation
of the world economy," he writes, "means there is really only one
market and that is global ... and national economies regardless of size
and level of development are subject to the dominance of capital
accumulation." Countries, he argues, must therefore engineer a business
environment that can extract the maximum benefits from the global
economy while minimising effects harmful to the national
economy.

And in a report for the European Commission
not in the public domain, an author makes clear that the lack of impact
of the Cariforum EPA is because it does not seek to address government's
core domestic regulatory space affecting the cost of doing business and
private-sector growth (financing, energy, utilities, transport and
logistics).

What all this suggests is that business
and government in the Caribbean are now operating in different
environments. The biggest players that can move economies, invest
internationally, or seek opportunity in new ways or in new areas; while
the smaller often micro-enterprises that cannot escape their immediate
economic environment suffer stifling constraints, wait on government to
change the enabling environment.

The real question is,
therefore, whether the large Caribbean private sector is any longer
interested in leading regional economic growth or whether the new
generations of businessmen and women running such enterprises, who are
increasingly trained in some of the world's best business schools, have
ceased to think in the same way as their regional predecessors, who felt
they still had a stake in change and governance.

What
seems to have happened is that as governments have failed for all sorts
of reasons to deliver public-sector reform, deregulation, fast response
times and flexibility, so that large corporations have had to look
beyond the Caribbean's borders or at borderless modes of activity while
small enterprises have atrophied within small
economies.

Put another way, the logic of politics and
power in the Caribbean now is so at odds with the logic of economics
that the chances of regionally led private-sector growth may have become
a pipe dream.

David Jessop is the director of the
Caribbean Council and can be contacted at
david.jessop@caribbean-council.org