Dennis Brown lands international success with 'Money in My Pocket' 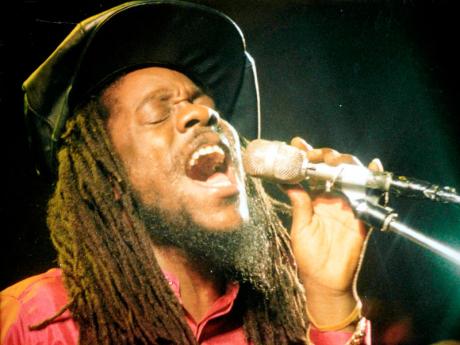 Beginning his career in the late 1960s, as early as age nine, Dennis Emmanuel Brown went on to record more than 50 albums, establishing himself as a pioneer in the Jamaican music industry.

Born on February 1, 1957, Brown had quite a successful career, one that earned him the title, 'The Crown Prince of Reggae'. And although he started out very young and was enjoying local attention, Brown did not break onto the international scene until 1971 when he recorded and released the single, Money in My Pocket. The song found huge success in the United Kingdom, climbing the charts and reaching the top 20.

The song was produced by Joel Gibbs, more popularly known as Joe Gibbs at the time. Clearly proud of this particular achievement, Gibbs gushed about it to The Sunday Gleaner in an October 2013 article where he made mention of Winston 'Niney' Holness, who was also a huge part of the song's success. "Niney brought Brown to me about 1970-71, and told me he had potential and that I should take care of him.

We became very close. He came with a song to record, but I had this song, Money in My Pocket, which I co-wrote with a guy from MoBay. I told him it would be a hit, so he shouldn't play with it," he was quoted as saying. The rest of the story was told through the song's success. Brown went on to record a host of other hits which also enjoyed international success, including No More Will I Roam, Should I, Silhouette and If I Had the World.

Dennis Brown died on July 1, 1999 after developing respiratory issues, the cause of death, as reported by The Gleaner, was an apparent cardiac arrest.

Following his death, Jamaica Labour Party's leader Edward Seaga remembered Brown in a July 2 article published in The Gleaner. "I remember 'Little Dennis Brown' as we called him in the '60s, being a part of my youth in West Kingston," said Mr Seaga, recalling Brown's first performance at the National Arena before an audience that included then Prime Minister Hugh Shearer. Also reflecting on Brown's life in that article was then Prime Minister, P.J. Patterson. "Over the years, Dennis Brown has distinguished himself as one of the finest and most talented musicians of our time," he said in a news release. "The Crown Prince of Reggae, as he was commonly called, has left us with a vast repertoire of songs which will continue to satisfy the hearts and minds of Jamaicans for generations to come."

July 1, 2014 marked the 15-year anniversary of the death of The Crown Prince of Reggae.