JFJ: a house divided - Kay Osborne tells all on tug of war over lobby's mandate 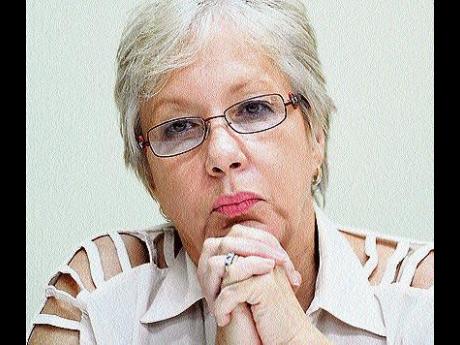 Carolyn Gomes was part of a minority interest in the JFJ executive which pushed sex education as a mandate of the organisation, writes Kay Osborne. - File

The Gleaner's July 23, 2014 editorial expressed the view that the imbroglio over the sex-education programme that Jamaicans for Justice (JFJ) ran in children's homes from October 2013 to May 2014 on the initiative of JFJ co-founder Dr Carolyn Gomes has likely unleashed simmering, unstated, alternative views about JFJ's direction.

The editorial recommends that members engage in a frank debate on what kind of organisation JFJ wants to be, articulate JFJ's core functions, and put in place robust governance structures. I agree with The Gleaner's premise and the recommended activities that are necessary for JFJ to regain ground that has been lost as a result of the children's-homes initiative and to focus the organisation on activities that advance human rights in Jamaica.

Two opposing sets of views on advocacy approaches and on advocacy portfolio priorities became apparent soon after I assumed the JFJ executive director role on April 2, 2014. An approximate two-thirds majority of the board and one-third minority held different sets of fundamental views about how to advance core principles of the organisation. Before long, I realised that contending advocacy approaches - pressure versus persuasion - were in play, as were contending views of what constitutes JFJ's core human-rights mandate.

On the other hand, some members have expressed the view that even if by the remotest possibility the initiative could be considered as being within JFJ's human-rights advocacy mandate, to implement the children's homes programme without first confronting Government on the dire need for the initiative, without public naming, shaming and denouncing government agents who allow children to remain in harm's way without a targeted HIV/AIDS prevention intervention, and without a publicly articulated position on the need for the specific HIV/AIDS prevention intervention, implementation fell outside JFJ's well-established modus operandi. This would have included various public lobbying methods, especially media appearances, to pressure Government into compliance and to hold the State to account.

I first learned that the children's home programme was a HIV/AIDS-prevention intervention after the scandal broke, and I requested and read the programme material and discussed the initiative with one of the implementers who explained the programme to me. Before then, the programme had been described as a human-rights intervention that started in October 2013 and was scheduled to end in May or June 2014.

My understanding and assumption were that the programme helped boost children's self-esteem, helped them understand puberty and reasons to not become teenage parents, and the children had a right to this information. Accordingly, I understood the programme to be among JFJ's human-rights educational initiatives, which include the rights of the child. So I had no reason to delve into any details of the programme content.

JFJ's advocacy toolkit contains two basic elements, pressure and persuasion, both regarded as valuable tools. Pressure-type advocacy tools that had been successfully used in the past remained JFJ's preferred advocacy method for certain areas. When I joined JFJ, I made some early attempts to try to use persuasion as an advocacy tool to advance JFJ's human-rights objectives.

My reasoning that pressure, including public denunciation and strategic litigation, can go so far; and with Jamaica's high rate of conflict, I felt that attempts to use persuasion, by establishing dialogue with key stakeholders with human-rights responsibilities, should be explored to determine whether engagement could lead to policy-support partnerships that advance human-rights goals. This approach was met with acute suspicion from a number of board members, and ultimately proved futile.

As input for JFJ's strategic plan, 2014-2017, JFJ secretariat staff provided the board with its SWOT analysis of the organisation to inform the board's decisions. The SWOT analysis that staff members developed three weeks after I joined JFJ highlights its organisational strengths, weaknesses, opportunities and threats that reveal the basis of fundamental, unresolved disagreement between the two contending positions among board members.

The staff's analysis indicated that JFJ's main strengths are Dr Carolyn Gomes' executive director leadership that positioned it as Jamaica's leading human-rights organisation; JFJ's willingness to challenge those who breach citizens' rights; and JFJ's accessibility to ordinary people who get assistance on human-rights breaches.

Highlighted
organisational weaknesses include "uninterested membership";
overdependence on Dr Gomes; perception that JFJ is a so-called
criminal-rights organisation that targets the police; JFJ's narrow
portfolio of advocacy priorities with insufficient attention to
socio-economic justice and various governance issues. Organisational
threats included public perception that JFJ's "main spokespersons were
anti-police, biased and partisan", and this may cause segments of the
public to tune them out.

Based on the staff SWOT
analysis and other input, including nine data and information templates I
provided to board members on past advocacy issues, successes and tools
and various analytical tools and data on relevant, strategic issues, I
crafted the JFJ Strategic Plan (2014-2017) in May
2014.

The plan
includes a Priority Advocacy Portfolio that 10 board members in
attendance at a May 15, 2014 board meeting unanimously approved. The JFJ
advocacy portfolio that board members approved spans three human-rights
areas: socio-economic justice, rights of the child, and citizen
security.

Socio-economic justice includes government
fiscal responsibility and human rights; and citizens' access to
fundamental services, especially targeting youth unemployment at the
high rate of 30 per cent. Youth employment advocacy is grounded in the
Universal Declaration of Human Rights and the International Covenant on
Economic, Social and Cultural Rights that obliges the Government to
advance, fulfil, protect, and respect citizens' right to
work.

Rights of the child mainly focus on violence
against, and exploitation of, children. Citizen security encompasses
advocacy to reduce high levels of crime and violence, police reform,
Tivoli enquiry, and administration of justice.

The
strategic plan highlights the need for change in direction, including
the need for JFJ to realign advocacy messages with core societal values,
and to advocate on a range of issues that affect a broadened cross
section of citizens.

Soon after, the board majority
approved JFJ's priority advocacy portfolio, a minority of board members
expressed concern that the strategic planning process was flawed, and
the resulting strategic plan is insufficiently grounded in past advocacy
efforts, tools and results.

I have also recommended
to the board of directors new governance structures, including the
appointment of an Advisory Council of past board members or of JFJ
members with the requisite skills to periodically meet with the current
board of directors and the executive director to review JFJ's direction
and related issues. Benefits include utilising the experience and wisdom
of Advisory Council members who serve as an ethical compass, guide and
resource to ensure that JFJ remain true to its priorities and for other
purposes.

Given the valuable work that JFJ has
accomplished over 15 years and the continued need for strong
human-rights advocacy in Jamaica, I believe it is of utmost importance
that areas of divergence among JFJ members be narrowed and removed and a
way found for the organisation to continue to pursue robust strategies
that advance human rights of all citizens who deserve each of their
human rights adequately respected, protected, and advanced without
compromise.

Kay Osborne is the former executive
director of Jamaicans for Justice. Email feedback to
columns@gleanerjm.com and kaymosborne@gmail.com.