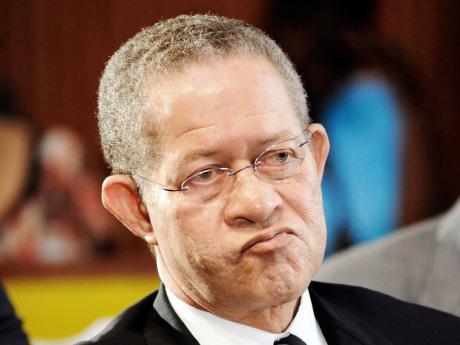 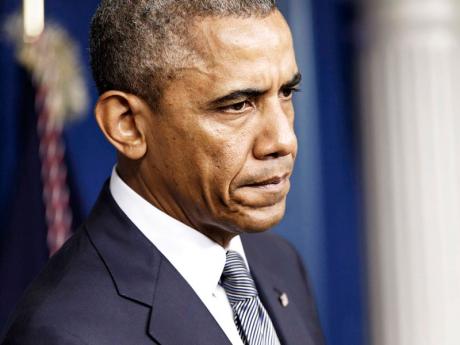 Volumes of clueless claptrap have been spoken and reams written about 'moral authority'.

Bruce Golding, who opposed Dudus' extradition for nine months, enjoyed an undeterred rant denouncing the United States' (US) lack of moral authority to criticise Jamaica's human-rights abuses. The JLP's remorseless efforts to prevent Dudus' extradition lead me to ask: On what authority, moral or otherwise, does Golding condemn US moral authority to critique human-rights abuses?

He was speaking to Clifton Hughes on Power 106, not to anyone on any Nationwide programme. I recently pointed out ('Jumping off a cliff?', Gleaner, July 15, 2014) how Clifton's decision to host that Power 106 talk show exposed his own problems with moral authority. His feeble attempt to allay readers'/listeners' concerns in that regard ('Jumping off a cliff? Hell, no!', Gleaner, July 16, 2014) were literary and debating disasters.

More on that anon. For the moment, it'll suffice to point out that a discussion between Bruce and Clifton on moral authority is like a cartoon featuring a pot and a kettle. The discussion's focus was US' use of drones that killed innocent civilians. According to The Gleaner (July 17):

"[Golding] said the US has a long history of ... heinous actions against other countries ... tantamount to human-rights abuses.

Referring to the US as a country that has reserved on to itself 'the right to dispatch drones to ... extrajudicially kill persons it alleges to be terrorists and in the process kill civilians, including children', Golding said the US has no basis to lambast, other countries for alleged human-rights violations ... ."

Can't Golding see the distinction between collateral killing of another nation's civilians during 'war' and extrajudicial slaughter of Jamaican citizens by Jamaican police sworn to protect all citizens? For someone Booklist Boyne insists is brilliant, surely he could've found more suitable analogies such as the treatment of black Americans under Jim Crow laws particularly by crazed mobs, including law-enforcement officers hiding under white hoods. Still, the distinction is Jim Crow is defunct, while we still butcher innocents and guilty alike without troubling the courts.

Speaking of Booklist (my favourite columnist), his Sunday offering ('Moral authority or not ... US must save Jamaicans from themselves', Sunday Gleaner, July 20, 2014) contained more internal contradictions than a dissociative identity disorder patient.

Despite calling himself "anti-imperialist", he writes: "If Jamaica were only rich enough, nobody could force us not to abuse our own citizens and not to trample on their human rights ... ."

Apparently, only the rich can be anti-imperialist. Holy non-sequitur, Batman! Moral authority has NOTHING to do with wealth. Wealth would save us gifting the IMF the running of our economy. Rich or poor, we can say and do what we like about moral issues. If his head wasn't stuck in some profound tome or other during the 1970s, Booklist might recall that impoverished Jamaica led the moral revolution against South African apartheid.

Even when he finally addressed the substantive issue, Booklist created complexity where simplicity was crying out to be chosen:

"Despite my anti-imperialist credentials, I say America, with all its squandered moral authority, is needed to protect millions from human-rights abusers and oppression by their own governments."

Oh, dear. Booklist, the anti-imperialist, expects America to be the world's policeman. This is inane, naïve, wishful thinking as hostile to logic as drunken Ukrainian rebels are to commercial airplanes. America can't (and won't) 'protect' the world's citizens from world governments. Every such attempt has been selective - based on US national interest - and generally abject failures. Don't take my word for it. Ask the South Vietnamese. Bosnians. Croats. Iraqis ... .

ROFL! What did global policeman US do about the 1965-66 anti-communist genocide in Indonesia, 1994's mass slaughter of Tutsis in Rwanda, 2003's genocide by the Janjaweed in Darfur, or South Sudan's current atrocities?

When his hero was prime minister, Booklist wasn't as concerned about police trampling on human rights. In unconditionally supporting euphemisms for extrajudicial police killings, Booklist wrote ('Crime and corruption', Sunday Gleaner, June 15, 2008): "The prime minister has warned we should be prepared to give up some rights in the fight against crime ... . It's absolutely important we get bipartisan agreement on this crucial issue.

"But it's not just bipartisan agreement we need. We need the agreement of the entire society ... .

I swear to God. I can't make these things up. He later emphasised: "With all the talk about the need for social intervention, moral retrofitting, robust economic growth, jobs, jobs, jobs and reform of the police force, the fact is we face a clear and present danger ... and an immediate crisis of security."

His assessment of the then PM: "... Fortunately for the prime minister, he has much ... political capital with the local human-rights community, who'd normally have been quick on the draw in condemning any such suggestion from any other political leader. Let's ... be grateful that we have a political leader whose credibility with, and trust among, the human-rights community stand him (and us as a society) in good stead to bring them on board on this far-reaching matter."

P.S. To last Sunday's online reader 'vmun12', who wondered what 'nitang musai' (from Derrick Morgan's Blazing Fire) meant, I suspect the correct phrase is 'Li Tang móusi'. 'Li Tang' would be a reference to the first-century imperial Chinese Tang Dynasty of the Li family, one of whom (Li Shimin) seized power by slaughtering two of his brothers, thus forcing his father to abdicate. 'Móusi' translates from the Chinese roughly 'abuse power for personal gain'.

Morgan was sending a cryptic message to Prince Buster in Chinese (since Buster called him 'Blackhead Chiney') detailing what he thought of Buster.