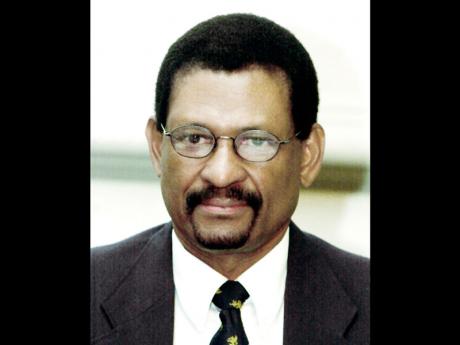 past president of the Medical Council, Dr Trevor McCarthy 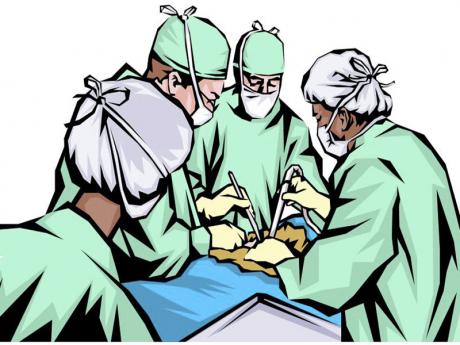 A medical doctor found guilty of conduct that is disgraceful in a professional respect has been handed a one-year suspension by the Medical Council of Jamaica, sparking fresh concerns that it is too soft on those who breach the sacred tenets of the profession.

Among the main critics of the council is the patient who reported that matter. She is arguing that the doctor is a danger to Jamaicans and should have been barred from practising medicine again.

"The doctor was dishonest, negligent. He fabricated a report and he misdiagnosed me," the irate woman told The Sunday Gleaner.

"Basically, the doctor only got a little slap on the wrist. They gave him a one-year suspension and he should have been struck off the list of persons qualified to practise medicine in Jamaica," added the woman, whose name is being withheld.

But past president of the Medical Council, Dr Trevor McCarthy, has countered this claim, arguing that the panel which handed down the one-year suspension was the one best suited to determine the penalty the doctor should face.

"The penalty, like in any other case that is judged by a panel, is dependent on the decision of the panel," argued McCarthy, who remains a member of the council but was not a part of the panel which heard the allegations against the doctor.

"That members of the panel would have had the opportunity of listening to all of the arguments, both for and against, and would determine, in their view, what sort of decision they should make and the penalties which would arise from that decision.

In handing down its judgment, the Medical Council stated that it found the doctor "guilty of conduct that is disgraceful in a professional respect in accordance with Section 11(2)(g) of the Medical Act, and thinks it fit to suspend your registration for one year, in accordance with sections 11(1)(d) and 11(1)(d)(ii) of said act".

The council also strongly urged that the suspended practitioner consults a well-known bioethicist - a persons who deals with the ethical implications of biological research and applications, especially in medicine - for counselling.

The section of the Medical Act quoted by the council addresses any physician who "does or fails to do any act or thing, the doing of which or the failure to do which, in the opinion of the council, is unprofessional or discreditable conduct".

Under the punishment section, the council has the right to suspend a medical practitioner's registration for a period not exceeding two years, or direct the registrar to remove his name from the registry.

But the upset patient argues that the one-year suspension was not in keeping with the underlined objective of the Medical Council of Jamaica which, according to the Medical Act Section 4(c), "shall be to ensure the maintenance of proper standards of professional conduct by registered medical practitioners".

She noted that the doctor had given her a clean bill of health, a diagnosis which a second doctor showed was incorrect four months later when he found a large cancerous tumour in her body.

An expert witness at the hearing told the Medical Council under oath that based on the size of the tumour when it was removed, it would have been found if the initial doctor had ordered a colonoscopy.

The doctor made an out-of-court settlement with the patient for an undisclosed sum for having allegedly missed the presence of the tumour.

It was also revealed during the enquiry that the doctor had fabricated a histology report by affixing the name, age, sex and hospital number of the patient in question to another person's report.

Other claims of insurance fraud were also made against the doctor during the hearing.

Efforts by our news team to contact the doctor have so far been unsuccessful as persons at his Corporate Area office said he is on vacation with no specific return date.

The patient is now concerned that after only 12 months, this unethical doctor could be back treating unsuspecting Jamaicans.

According to the patient, it is obvious that the council is out to protect its own rather than members of the public.

Registrar of the Medical Council of Jamaica, Professor Howard Spencer, is not surprised that some doctors might be unethical in their practice. According to Spencer, this is a reflection of the wider society.

"Doctors are coming from the population and there are some who are going to behave like the other persons in the population," argued Spencer.

"Although we are putting doctors up to a certain standard, if doctors were expected to maintain those standards, there wouldn't be need for a Medical Act. So the drafting of the Medical Act has recognised that despite the fact that there is supposed to be ethics involved, particularly with persons practising medicine, there are individuals who are not going to be ethical, just like the rest of the population," added Spencer.

That was endorsed by past president of the Medical Council, Dr Trevor McCarthy, who was at the helm when an ethical component was incorporated into the compulsory continuing medical-education programme.

"In that continuing medical-education programme, we introduced two mandatory hours of medical etiquette which would ensure that persons are brought up to date and continued to be educated on ethical issues, as we were concerned about some of the ethical practices," disclosed McCarthy.

The Sunday Gleaner should soon be able to release the name of the doctor given a one-year suspension by the Medical Council of Jamaica for "conduct that is disgraceful in a professional respect".

The name of the doctor is being withheld by The Sunday Gleaner because even though he has been informed of the ruling, this has not been published in Jamaica Gazette, as required by law.

However, late last week, the legal department in the Ministry of Health said it is assisting the Medical Council in having the notice of the decision gazetted as soon as possible.