Scandal in the family - CISOCA, CDA to probe missteps in case of cop accused of sexually assaulting his 7-year-old daughter 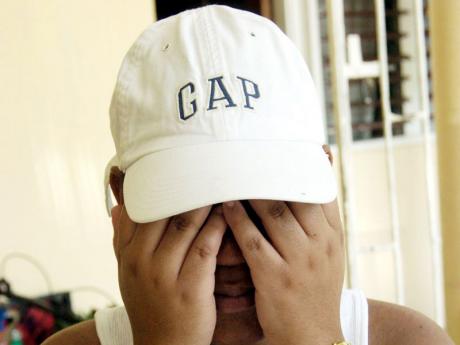 The Centre for the Investigation of Sexual Offences and Child Abuse (CISOCA) and the Child Development Agency (CDA) have launched probes into an allegation that the sexual abuse of a seven-year-old girl has been mishandled because the man accused is a member of the police force.

Simone Davis has charged that investigators at CISOCA were less than accommodating and unprofessional when she took her child to their office to report the alleged abuse.

According to Davis, her seven-year-old daughter returned home from a weekend visit with her father, who is a policeman, with bruises on her thighs and vagina.

The child was taken to a Corporate Area health centre, where she was examined by a doctor, who found evidence of sexual contact and referred her to CISOCA after it was alleged that her father was the abuser.

But things did not go as smoothly as she expected when the child was taken to the police unit charged to investigate allegations of sexual offences.

"When I went there, no one was at the front. I sat there for a while until someone came and said, 'How can I assist you?' She took information like the child's name, and where we live," said Davis.

"So I asked what is the next step and she said someone from the CDA will be speaking with the child, so I should wait."

Davis said she waited for about 45 minutes before she was seen by someone who wanted to know who the child most trusted.

"So I said, 'My sister'. Then my sister went in and they spent couple hours and came back out."

The distraught mother said she was later to learn that the person who spoke with her daughter and her sister initially was not from the CDA.

"I was upset as to why this person was in there talking to my daughter when I thought she was from the CDA. They start telling me to calm down, calm down. They kept saying she is affiliated," Davis recounted.

According to Davis, when the investigating officer asked her what work the child's father does and she told her he was a policeman, her tone changed.

"And when I told her his name and address, she could say where he was based without me telling her. So I said to my sister that I don't believe that I am going to get justice here," declared the mother, who alleged that the CISOCA officials demanded that she returned to the health centre and have the doctor provide a referral.

"But the doctor told me that while he should have given me a written referral, he had already called CISOCA and made a report," charged Davis.

"If all I am hearing is true, I am wondering, where did communication break down? Even with the little girl being interviewed by more than one person - because what we do not want to do is having these persons coming into the centre and telling more than one person what has happened," said Gilzean.

"She needs to come back and let me get on the matter. It is something that concerns me and something that I will have to address if all I am hearing is true. As long as it is borne out, then I will have to have the matter addressed. They are all trained officers and we speak about [dealing with] a person coming in - worse, a child."

Director of policy planning and evaluation at the CDA, Newton Douglas, who is acting as the chief executive officer, agreed that the allegations are disturbing.

"I will certainly have to get my team to investigate the matter," said Douglas.

"Persons would certainly have been trained and exposed to approaches to deal with the matter and in terms of treating them in a sensitive manner and know how to interact with a child.

"Each child would react or interact in different ways, so there are different approaches that you would have to take, depending on what is the situation at the point," added Douglas.