To dredge or not to dredge ... JET questions NEPA on Kingston Harbour decisions 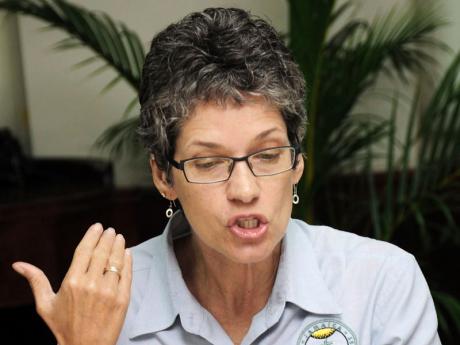 An internationally recognised local environmental group has agreed with the National Environment and Planning Agency (NEPA) that any attempt to clean the filthy Kingston Harbour could be devastating.

However, the Jamaica Environment Trust (JET) says while the decision not to dredge the harbour to remove heavy metals, pesticides and other toxic elements is the right one, NEPA needs to explain its approval of dredging operations at the seaports.

"I think NEPA is right about not disturbing the silt because I do think that by so doing they would release the heavy metals into the water column where, of course, they are much more available to be taken up by everything that might eat them," declared chief executive officer of JET, Diana McCaulay.

"However, the question needs to be asked: If that is the case, why do we allow dredging of Kingston Harbour and disposal at sea?" added McCaulay.

According to the JET head: "Every two years all of the ports have to do so-called 'maintenance dredging', and NEPA has on occasion given permits for dredging and then allow them to discharge the dredge - both at sea and on land.

"Now, why do they do that if what they are saying is correct, that they don't want to trouble the heavy metals because of the danger of releasing them into the water column? They have done the worst possible thing; they have taken it from a polluted harbour, dumped it in an unpolluted part of sea and on land."

But Dr Kerrine Senior, manager of the pollution prevention branch at NEPA, argued that while the agency grants licences for 'maintenance dredging', this is usually done in a controlled environment.

"When you dump at sea, it (the distance that is written into the licence) is far, far, far from any impact. So it is dumped out there and would not impact our nearshore and offshore water, very deep sea," said Senior.

"I cannot speak to the frequency but when it is done it is controlled, so it is not a very massive area, and they put in mitigating structures like silt screens and so on, that would prevent the spread of sediments throughout the water column," added Senior.