DOCTOR'S ADVICE - My husband cousin made me orgasm 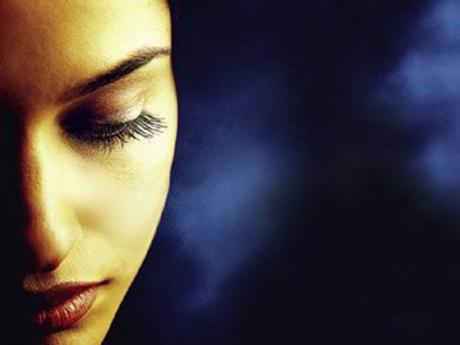 Q: Doctor, I cannot believe the folly of what I have done. I am a respectable businesswoman, wife and mother, and I have risked it all in a moment of craziness. What happened was that my husband's 35-year-old cousin who lives in England was visiting relatives in Jamaica last month, including us. One night, he stayed at our place and, in the morning, my husband went off to work and left him in the house with me.

I fixed him some breakfast, then went off to have a shower. I was in there for about five minutes. Suddenly, the door opened - and there was our 'guest' - stark naked. He quickly stepped into the shower, and kissed me. Instead of pushing him away, I just stood there petrified. I did not even stop him.

Neither of us said anything. But before I knew what was happening, he started rubbing my vagina and clitoris. Doctor, I could not believe it, but the awful, shameful thing was that I very quickly climaxed. I suppose he must have been an expert at it.

At this point, there was a noise of someone banging at the front gate. He hastily jumped out of the shower and disappeared to his room. I quickly got dry, put on a dressing gown, and went to deal with the woman rattling at the front gate, who had come to do some cleaning work. By the time I had my clothes on, some relatives had arrived. When my cousin-in-law appeared (fully dressed), it was as if nothing had happened. He left that day, to see his brother in Mandeville. And now he is back in England.

Doc, I have several questions for you.

❏ First, I feel very guilty, and have sleepless nights turning things over in my mind. What can I do abut this?

❏ Second, I am worrying about the possibility that I may have caught an infection from him.

❏ Third, should I tell my husband? He is totally devoted to me, so I don't think he would take the news well.

❏ And finally, my husband is talking about taking me to England next year to stay with his cousin. Should I agree?

A.  Well, this was a most unfortunate episode. The fact that this man is a very close relative of your husband makes things even more difficult. In my personal view, I do not think that you should feel bad about what happened. It was not your fault, he committed a sexual assault. Under different circumstances, he might have ended up in a police cell!

Frankly, I suspect that he may be one of those unpleasant men who make a habit of 'groping' women - knowing that they will get away with it. Do not feel bad that you orgasmed, this was just a 'reflex'. After all, if someone threw pepper in your face, no one would blame you for sneezing.

It is unlikely that you could have contracted a sexually transmitted infection (STI) from him just touching you. That is pretty unlikely. I think you can forget about that. As it relates to whether you should tell your husband, I may be wrong, but my initial feeling is that you should. If you bring the truth into the open, that may help to stop this cousin's unsavoury activities.

However, if you wish, you could leave out some of the details - such as the fact that you climaxed. And for you to go to England with your husband and stay with him would be foolish. I am, however, concerned about your sleeplessness. I think you should see your doctor about this. It is possible that the insomnia is the result of depression.

Q: Doc, have I 'signed my own death warrant' by doing a vasectomy? I had the operation carried out in Toronto a few years ago, because my Canadian girlfriend wanted me to. I thought that there would be no long-term ill effects, but now I have heard that they have found that a vasectomy causes cancer of the prostate! Is this true, Doc? And what can I do to protect myself?

A. Prostate cancer is common in Jamaica, so I am not surprised that you are so worried. However, the situation is not as bad as you think. All that has happened is that a research team at Harvard University has found that a man who has a vasectomy has around a 19 per cent increased chance of getting the most dangerous form of prostate cancer. Therefore, I don't think that you need to be alarmed. However, you would be wise to have occasional prostate check-ups as you get older.

Q: I don't want any more children, so I am thinking of having my tubes tied. But is it true that the operation gives you very painful periods, Doc?

A: No. Sterilisation does not have any effect on the menses. There is a widespread belief that it makes periods heavier, but that is an erroneous tale because of a statistical mistake in a medical journal many years ago.

Q: Hello, Doc, I am 39 years old and, for months, I have had a funny 'raw' place on the right-hand lip of my vagina. It is not too sore, but it just doesn't heal. Last week, I thought it bled a little. Can I assume it is nothing serious?

A: No! You must not! Every woman should be aware that a raw or crusty place on the lips of the vagina, which refuses to heal, could be because of cancer of the vulva. I do not wish to alarm you, and admittedly it is possible that this could be nothing serious, but you must have it examined by a doctor right away.

Q: I cheated on my wife last month, Doc. Am I right in thinking that intercourse with her could not possibly give me HIV?

A: No, you are wrong. A lot of people have the idea that heterosexual intercourse can't give you HIV. But they are mistaken.