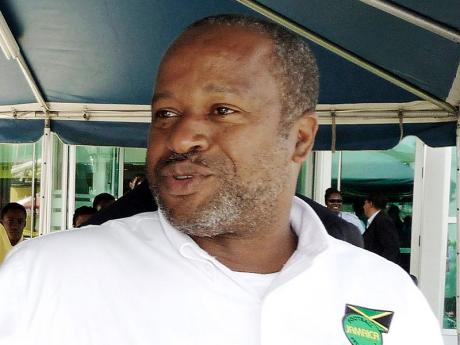 Lenworth Hyde, father of World Junior 400 metres hurdles champion, Jaheel, was the happiest man in the world after his son's gold-medal performance on Friday night.

"I am very excited. It is a good feeling to be here to witness Jaheel's achievement," the former national footballer said.

"I was a bit nervous for him although I knew he was very confident because he really takes his training very serious. Every morning at 5 o'clock he wakes me up to take him to the National Stadium to training so he knows what it takes to be a champion. I must also lift my hat off to coach Chris Harley who did an excellent job with him."

Harley, the head coach at Wolmer's Boys, was a relieved and happy man after the race.

"I am happy for Jaheel, words cannot express how happy I am at the moment. At this level it is a great achievement," he said.

Harley admitted that he was a bit surprised that Hyde had reached this far in such a short time as he had only taken up the event last year.