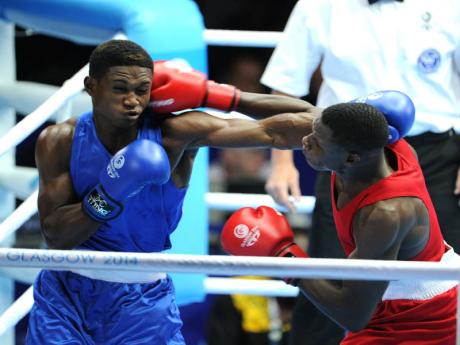 Jamaica's Michael Gardener (left) is hit with a right to the head by Zambia's Benny Muziyo in a men's 75Kg preliminary fight at the Commonwealth Games yesterday. Gardener was defeated by Muziyo at the Scottish Exhibition and Conference Centre. - Ricardo Makyn/Staff Photographer

Supreme Ventures, through its JustBet sports betting brand, has announced that it will offer odds on several major track and field events at the 2014 Commonwealth Games, now under way in Glasgow, Scotland.

JustBet will also offer betting on the semi-finals and final of the Commonwealth Games netball competition, which will be contested from August 2 to 3. These odds will be released by July 31.